Gamers have even more challenges to enjoy now a brand new Tesco online selling channel has gone live; consumers can unlock deals, much like they could unlock a level on a computer game, by buying products and spreading the word.

Gideon Lask, the CEO of Buyapowa (who will power the system), has argued “it is customer referral marketing that actually works” and Tesco will now be able to motivate consumers to purchase and promote deals to friends and family by offering them the opportunity to bring prices down by doing so.

It‘s not the first time Tesco have tried something of this ilk. Their Tesco Wine Co-Buy site has been a great success since its May 2013 launch – on the site, prices improve when more people buy and whoever brings the most new people to the site get their product for free.

Offering these incentives taps into the competitive streak of consumers, and this should be particularly fruitful in the gaming community who are assumedly of this nature. The plan also seeks to make online shopping a fun experience where the best sharers will earn the best rewards.

Lask added that he felt affiliate marketing was becoming less effective over time and was as bold as to claim ‘social commerce is twice as effective‘ in an effort to explain the thinking behind the initiative.

Destiny, a highly-anticipated sci-fi game which is released on September 9th, is the headline game for the site. Plans are in place for products to branch out to toys, home and electrical goods for the coming Christmas. 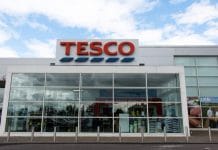