For over 40 years stationary retailer Papechase has produced stylish notebooks, quirky greeting cards, craft supplies and gifts. Now the owner of the store has received several tempting offers from potential buyers fuelling rumours of a sale estimated at £150m.

Paperchase chief executive Timothy Melgund commented that: “We have received a number of approaches for the business and decided to appoint financial advisers to consider these in the context of our aspirations to continue to grow and develop the brand.”

The brain child of art students Eddie Pond and Judith Cash set up the company 46 years ago. In keeping with the creative background d many of the items in store are created by their own in house team of designers that produce their own unique products that are loved by loyal customers. The retailer has invested in store deigns and products which gained popularity amongst consumers, the store has since doubled in size with concessions in House of Fraser, Harrods and Selfridges as well as running overseas outlets in places such as Ireland, France, Germany and the Netherlands.

Currently owned by private equity firm Primary Capital, the past four years the retailer has had numerous owners. Paperchase has previously been bought by fellow stationary competitor WH Smith back in 1985 then sold in 1996 to Melgund through a buyout which was backed by Graphite Capital. Then store then went on to be sold to Borders in 2005 which unfortunately collapsed in the early days of the recession.

This coming week the stationary shop is set to release its full-year results. It has also been confirmed that the retailer has hired financial advisers to assist the opportunities arisen and to produce a strategic review. 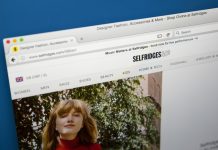 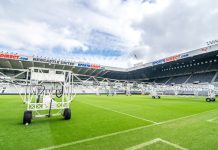