According to a report by retail analysts Verdict, the UK department store market has recorded a 21.4% growth despite shopper relinquishment.

As shoppers invest more time in comparing prices and are led to buy from sector specialists and online retailers, department store sales have taken a hit, the report states. As a result, the number of consumers actively shopping at department stores has fallen by 5.9 million between 2009 and 2014, with only 35.7% of UK shoppers regularly using department stores this year.

The report did show that fewer shoppers haven‘t necessarily led to market reduction. Department stores have been servicing their existing customers and driving repeat visits through “regular newness, the introduction of new brands and store refurbishments”.

Kate Ormrod, retail analyst at Verdict, commented: “While at times sales have been aided by deeper discounting, this has garnered sufficient loyalty to drive cross-sector shopping and overall expenditure.” In order to retain in store footfall, department stores will need to amp up retail theatre and store concepts.

Last week, two well known British department stores demonstrated such plans. On Thursday, it was announced at the Luxury and Finance investor conference organised by the Italian stock exchange, that Eataly will open its first London food hall in Selfridges. A high-end Italian food chain, Eataly currently operates at 10 locations in Italy, 13 in Japan, 2 in the US, 1 in Dubai and 1 in Turkey, making the joint venture with the high end department store the first in the UK. The proposed launch date will be some time in September 2016.

On Friday, John Lewis opened its first dedicated in-store opticians in its Westfield Stratford store. The 200sq m space stocks a multitude of frame ranges, by brands including Prada and Rayban. Although the operation is being managed by eyewear company Luxottica, it is branded John Lewis opticians. The e-commerce side of the department store market is forecast to grow by 71.9% in the five years to 2019, accounting for 26.7% of the market. The channel is representative of massive opportunities for retailers as the convenience of shopping across both brick-and-mortar stores and websites increases in popularity, and the frequency of online purchases grows. 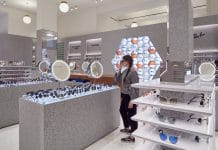 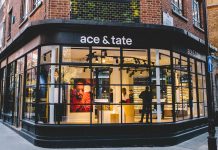