With Christmas jumper themed work parties, pet Christmas stockings and a competition over the best Christmas advert, the festive season is every retailer‘s paradise. It offers a chance for companies to rebrand and to boost sales figures after any glitches throughout the year.

With this year‘s adverts from John Lewis and Sainsburys causing a media frenzy, in turn boosting their sales figures, it was only time before others followed suit.

Spar in Northern Ireland has unveiled that it is launching a £350,000 Christmas campaign, in hopes to boost the food retail chain. It is in keeping with Spar‘s aim at, “being there for every individual in the local community”, as a spokesperson from Spar stated that the ad compliments Spar‘s overall focus on “keeping it close to home, from locally sourced turkeys and gammon as well as locally grown vegetables and potatoes.”

The advert shows how different people are spending their Christmas, from a girl returning home from travelling to a man meeting his family at an airport. The ad plays Chris Rea‘s ‘Driving home for Christmas‘ in the background, ending with Spar saying, ‘Whoever you are, wherever you‘re going. Have a magical Christmas- from Spar‘.

The ad will assist Spar‘s successful year, as the company also launched its Sparkling Scheme, which provides customers with special offers, aiming for outstanding customer service. This has led to improved Mystery Shopper scores with Philip Marchant, Spar UK corporate development director, stating, “Overall 94% of Spar mystery shopper customers agreed or strongly agreed that the interior of the store was clean and tidy – up by 4%”.

The Northern Ireland ad relates to the Sparkling Scheme success as the Spar logo is replaced with Christmas puns, ending with, ‘Sparkle‘. Spar also uses social media platforms to its advantage, with hopes for its #SPARkle hashtag to trend on twitter.

The food retailer is clearly proud of its success this year, as Marchant asserted that, “The results prove that Sparkling Service is absolutely working as we had hoped – and that all our efforts in revamping the initiative have paid dividends.”

The retail chain founded in 1932 is now the UK‘s leading convenience store group and has 2400 stores, with a turnover of £3million according to Spar‘s website. Spar puts its success down to the community spirit it has created, as individual Spars belong to the global brand but maintain their independence. Spar has declared, “Our retailers feel a genuine responsibility to their community, because they are part of it – most stores are owned, managed and run by local people”. With 57,000 employees in its community and an encouraging year, the independent group looks set to sparkle. 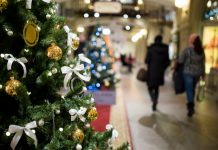 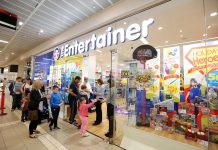