French department store retailer Galeries Lafayette has been announced the ‘best international retailer of the year‘ by the National Retail Federation at the Retail‘s Big Show 2015 in the States.

The award, which is given annually to a company that has achieved international recognition for excellence in its native country and internationally, was accepted by Executive Chairman Philippe HouzÃ© in New York.

HouzÃ© said he was particularly honoured because his cousin and predecessor had received the same award in 1984.

The retailer, which began trade as a Parisian haberdashery, continuously seeks ways to excel in innovation and towards the end of last year, signed up with omnichannel personalisation specialist RichRelevance so as to bring on board a range of new techniques that target customers more accurately than ever before. Hand-held devices were also brought in for store staff.

The 120-year-old, family run business operates over 65 stores worldwide, including its iconic flagship on Boulevard Haussmann in Paris, as well as five flagships abroad in locations including Beijing, Berlin, Casablanca, Dubai and Jakarta.

Of growth plans, HouzÃ© has said:

“For several years we have resumed expansion after consolidating France. We will open soon in Doha, then in Milan in 2018 and we are actively seeking a second location in China. We are very satisfied indeed our first year in Beijing even if my results are a little below target. ”

There are also plans for the French network to open in Istanbul. 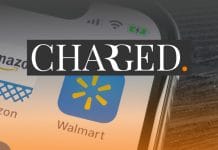