The Big Four supermarket chain has already begun consultations with hundreds of directors at its Cheshunt and Welwyn Garden City offices and reportedly, senior directors are being warned that they could face redundancy or demotion, as part of Dave Lewis‘ masterplan to get the ailing retailer back on track.

“Tesco are reducing costs within their stores as a response to a concern about reducing returns from their portfolio,” comments Philip Dorrell, Partner at Retail Remedy. “The big Grocers all face margin challenge and decreasing space viability as the discounters change the traditional loyalties.

Store colleagues can expect a programme of organisational structure reduction over the coming years. What Tesco are doing now as a reaction, Asda Wal-Mart have been doing as a matter of course for years.”

As jobs are cut, it is expected a new chairman to succeed Sir Richard Broadbent will be announced soon.

Yesterday, Tesco confirmed that it had agreed to pay liquidated damages contractually due to former Chief Executive Philip Clarke (almost £1.22m), who was replaced by Dave Lewis after last year‘s accounting scandal, and former Finance Director Laurie McIlwee (£970,880 to be exact), who resigned. This was under their separation agreements as former directors of the company.

As employees are met with restructuring and stores close, the grocery giant will now lose its Global IT Chief Mike McNamara, who is exiting Tesco, in favour of becoming Executive Vice-President and CIO at American retailer Target. Lewis has implied that the supermarket will now change the executive role in its search for McNamara‘s replacement, as it looks instead to recruit a Chief Technology Officer.

“Mike McNamara has decided to leave Tesco to take up an external appointment. Mike has been a tremendous asset to our business and we are sad to see him go. Given this change we take the opportunity to build on Mike‘s legacy by taking the next step in technology and recruit a chief technology officer,” said Lewis. 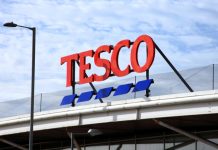 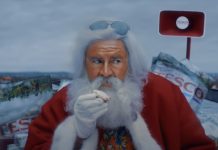