In September 2014, results emerged from a survey commissioned by law firm Thomas Eggar LLP which looked at consumer views on retail deliveries. The findings indicate that retailers‘ brand images are intrinsically linked to their logistics fulfilment. A substantial number of the 2063 participants across the UK said they would associate a bad delivery experience with the retailer rather than the courier or logistics provider and so, it‘s becoming increasingly important for retailers to own the delivery process and push for seamless fulfilment.

As if on cue, multichannel and reverse logistics business iForce launched Route Genie, a carrier management software product. Route Genie integrates with the leading domestic and international carriers so retailers can process and manage carriers seamlessly, whilst reducing operating costs. It made up part of the overall iForce proposition for several years, and has been adopted by the likes of Dunelm, Waitrose Cellar and Paperchase. Retail Gazette caught up with Route Genie‘s MD Geoff Taylor, who has been with iForce for 7 years and a director since he joined, to find out more.

Route Genie is tried and tested, and handles significant volume of shipments per year. It proved particularly valuable for those retailers who suffered the aftermath of bad planning around Black Friday and Cyber Monday at the end of last year.

“We handled significant demand during that period,” says Taylor proudly. “We had 100% system availability and no interruptions to service which was stable and secure and did everything it was supposed to.”

That very system is robust and scalable. “We can‘t afford for it to slow down or creak under intense volume because here we are, before Spring has even started and already preparing for next Christmas,” Taylor continues. “We can take on massive volumes for major retailers and have catered for a 1000% increase one week, without any downtime.”

iForce felt it would be a good idea to re-platform its existing technology so in essence Route Genie isn‘t a brand new product, but it‘s new to the wider retail marketplace. The software application provides retailers with granular visibility of how carriers are performing in one area versus another area. This opportunity is in line with a key part of iForce‘s mission: to innovate.

“There are some carriers that provide stunning technology, some that don‘t,” comments Taylor. “If I order from a retailer today, it could be the good guy, but had I ordered a different type of product yesterday from the same retailer, it might have been the bad guy. As a consumer, why should I get a different experience based on one carrier vs another?”

Route Genie offers the ability for the retailer to communicate proactively throughout the delivery process with its customers, either by texts or e-mails, regardless of which carrier has been selected. Functionally, it can deliver retailers with a consistently high level of service and transparency.

Now is a great time for Route Genie because dynamics in the marketplace are forcing retailers to be creative with maintaining customer loyalty. The only way to grow business is by providing consumers with multiple delivery options whether that‘s at a local store on the weekend or at a train station on the way home. “Shoppers have such a varied degree of requirements that retailers can no longer have one carrier servicing all their requirements” Taylor warns. 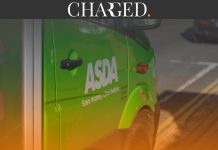