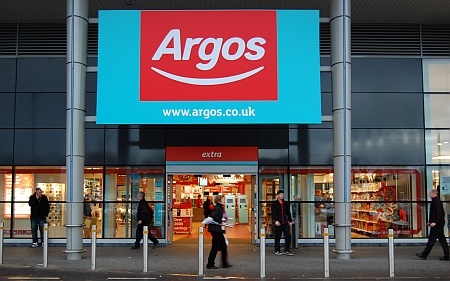 Sales at Argos stores open for more than a year fell 3.9% in the 13 weeks to May 30, its fiscal first quarter.

In April, the Group warned that first half sales at Argos would likely decline this year as current CEO John Walden works on a restructuring plan drafted by former CEO Terry Duddy. The business has been struggling against weakened demand for TVs, computers and tablets.

Home Retail, which also runs Homebase, is transforming Argos, upgrading it from a catalogue-based retailer into a digital retailer and targeting higher sales from mobiles and tablet PCs and making collections faster and easier.

“We continue to expect that sales will be challenging during the first half at Argos, but we look forward to a stronger second half as we progress the transformation plan and introduce new propositions more broadly to the market,” said Walden.

Argos warns of Christmas chaos ahead of 16-day strike