Nick was previously CEO of Dunelm Group and before that CFO of Halfords Group. During his four years at Dunelm, Nick “significantly strengthened” the customer offer while at the same time creating a robust infrastructure, more sophisticated retail systems and a more advanced multi-channel proposition. In his eight year career at Halfords, he held both finance and strategy roles and led the separation process from its former owner, The Boots Company, in preparation for the IPO of Halfords in 2004. Prior to this, Nick worked in senior finance positions at Boots Opticians, Boots Healthcare International, Do-it-All Limited and Cadbury Schweppes. Nick is a chartered accountant and has been a non-executive director of Mothercare since November 2013.

“I am delighted to announce Nick‘s appointment. During his time in the interim role he has had a highly positive impact. His deep financial management skills and broad retail and business experience will be great assets to SuperGroup.”

Wharton was appointed Interim CFO when his predecessor Shaun Wills, who had been Finance Director for almost three years, was declared bankrupt following a tax dispute relating to income earned before he joined Superdry‘s parent company. He was made the subject of a personal bankruptcy order and forced to step down.

At the time, SuperGroup insisted it was “a personal matter” and “unrelated to the financial position of the company”. 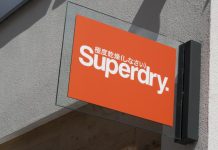