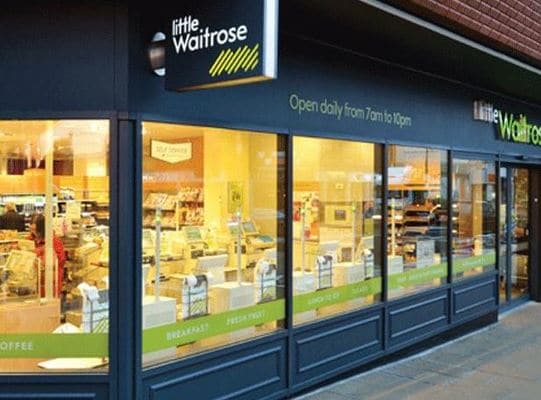 As we‘ve witnessed the landscape of our local high streets and out of town retail parks change over the past few years, we‘ve all suspected that discount stores are outpacing supermarkets in terms of growth.

New research from the Local Data Company (LDC) has confirmed this to be true, with the five-year compound annual growth rate (CAGR) of leading discounters including Aldi, Lidl, Iceland and Poundstretcher reaching 8.2% in the period from 2011 to 2015. This is in comparison to just 6% for supermarkets Tesco, Sainsbury‘s, Asda, Morrisons and the Co-op.

There are a number of contributing factors to this situation, such as consumers ditching larger weekly shops in favour of smaller ‘top-ups‘ throughout the week, but a significant challenge that many of the big supermarkets have yet to face is the evolution of our shopping psyche.

Deal hunting has become such an ingrained habit that consumers now only shop where they know they are going to get something extra for their custom, whether that‘s through a discount, cashback or other form of reward. And this doesn‘t apply to those who look after the pennies alone – securing the best rewards for purchasing is now a source of pride amongst all consumers.

Even luxury retailers who would have once feared that discounting would cheapen their brand have recognised this change in perception and are adapting their strategy accordingly, for example Harvey Nichols and its recently-launched Rewards app.

Of course many supermarkets have their own reward schemes already, such as Tesco‘s long-running Clubcard offer, but consumers have been tiring of card-based schemes for some time and this isn‘t enough to retain customers who may be able to get a more tangible reward elsewhere.

To compete with fast-growing discount retailers, supermarkets should seek answers in innovation and personalisation, which is something we‘ve come to expect in the online experience but is yet to be fully realised in an offline environment. Waitrose is striking out in this direction with its new ‘Pick Your Own Offers‘ scheme, which allows loyalty card holders to save 20% off their 10 favourite items on every shop.

Mark Price, Chief Executive of the upmarket grocer, has admitted that the scheme could be “very, very expensive” for the chain, but if it is as successful as Waitrose‘s previous efforts it could also reap huge rewards. Customers appear to have embraced the concept, with the MyWaitrose website crashing shortly after a promotional email was sent out to members, so we look forward to finding out whether this popularity will last.

One thing that‘s certain is that ‘Pick Your Own Offers‘ is one of the most original ideas to come out of any leading supermarket chain in a long time, and all eyes will be on Waitrose for the next few months.

Andy Oldham is MD at Quidco