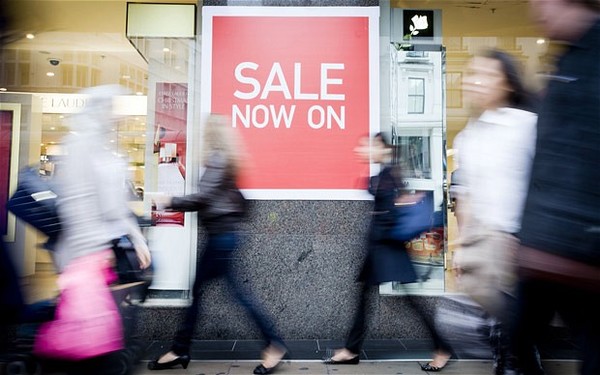 Heavy discounting by food and furniture retailers helped shop prices fall for the 26th consecutive month in June, according to the latest BRC-Nielsen index industry survey.

“It also suggests that consumer spending, one of the main drivers of the recovery, should remain robust over the summer,” she said.

Prices fell 1.3% on average across all sectors, however this was a slowdown of 1.9% in May, said the British Retail Consortium.

Food prices declined in June to 0.4% from its record low rate of 0.9% in May. The decline came after strong harvests around the world, which cut the cost of basic food stuffs.

Soya beans, sugar and wheat all reported a double-digit drop over the last year, falling 34%, 24% and 14% respectively.

The only boost to prices came from rising oil costs, which have moved up from a low point earlier this spring. This helped moderate the shop price slump in June the fall in May.

She also added that “shoppers wishing to invest in their home won‘t be disappointed, with great deals to be found in furniture and flooring and gardening and hardware in particular”.

We‘re seeing a strong appetite for consumer credit, inflation remains at an historic low, unemployment continues to fall and wages have started to rise, the wider macro-economic data continues to be supportive for the consumer.‘‘

However, the decline is expected to soon reverse following forecasts that the US will suffer poor harvests later on  this year with heavy rainfall expected which will  hinder the popular wheat and soya bean planting industry.