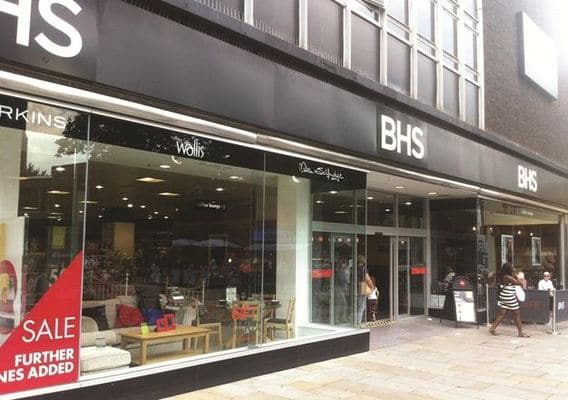 Retail Acquisitions, the new owner of BHS, is hoping to secure £70m in funding to rescue the beleaguered chain just months after acquiring it.

Retail Acquisitions is in talks with several potential providers of additional debt facilities, including an unidentified hedge fund, according to Sky News.

The department store’s management wants to sign a deal to secure new financing for regeneration plans by the end of September, when big rent bills will fall across the high street.

In a statement Retail Acquisitions said: “We have said all along that we would refinance to help accelerate the turnaround plan for the UK business.

Every penny raised will support the regeneration of our portfolio of stores, returning this iconic British brand to its rightful place on the high street.”

BHS, which operates 171 stores in the UK and almost 80 overseas, was forced to re-mortgage its flagship store on London‘s Oxford Street since buying the retail chain from Sir Philip.

For the retail veteran BHS had become a hindrance in his fashionable empire, which encompasses BHS as well as Burtons, Dorothy Perkins, Evans, Miss Selfridge, Outfit and Wallis. Over time the department store lost any lacklustre it once had, struggling to differentiate itself in a tough, fast-paced market.

What was once a beacon of high street retail failed to keep up with the fast fashion at Primark, the sexy food at Marks and Spencer, the stylish home offerings at Next and the unbeatable price promise at John Lewis. Instead, as retail analyst Nick Bubb put it, BHS was the department store that was ‘Never Knowingly Not On Sale‘.