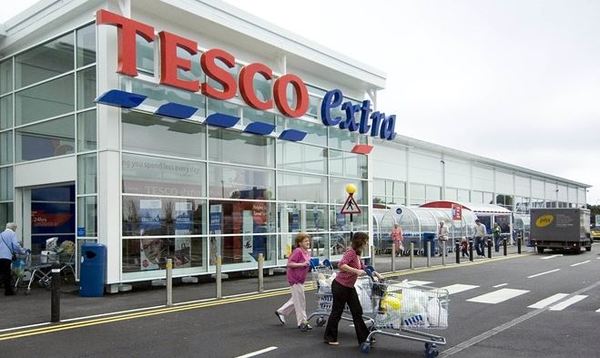 In the first instance, customers have voiced their outrage after it emerged that Britain‘s biggest retailer is slashing its clubcard point rewards.

From December 1st onwards, Tesco will offer its credit card customers just one point for every £8 spent outside of stores, double the current £4 limit. Customers will still earn 1 point for every £4 spent at Tesco.

Many of its 2.8m customers have expressed their vexation with the changes and have threatened to close their cards, with one tweeting “Farewell @Tesco – after your outrageous changes to clubcard points, no value in me using your credit card anymore.”

The retailer has blamed the need to slash its reward scheme on changes to EU rules, which have capped the amount that providers can charge each other for processing card payments.

Rachel Springall from Moneyfacts.co.uk said “We have already seen providers withdrawing or reducing their rewards well before the EU changes come into place and with a big brand like Tesco changing their rewards, it‘s highly likely that other card issuers will be assessing whether they can sustain their own deals.”

She urged cardholders to consider their current deals, particularly as the EU deadline on interchange fee caps is set to occur at “the time of year where people use the plastic to cover Christmas.”

A Tesco Bank spokesperson stated: “As a result of changes in the credit card industry taking affect this year, the amount that card companies earn from businesses who accept credit cards is reducing.

At Tesco Bank, we use that income to fund the clubcard benefits we give back to our customers, and as a result, we‘ve had to make some changes to the amount of points our customers earn.”

The spokesperson added that Tesco remains “committed to offering the most rewarding cards we can.”

In addition, thousands of orders for customised uniforms failed to be delivered in time for the new school term.

Parents complained of orders failing to arrive in a timely fashion or last-minute cancellations, leaving them to buy school uniforms or find suitable alternatives in a rush as Tesco failed to keep up with demand.

Some orders had been placed up to six weeks before lessons began.

The supermarket launched its embroidery service in 2010, expanding to supply uniforms for more than 4,000 schools around Britain. It cited that the supply problems were in relation to an exceptional number of orders this year.

A Tesco spokeswoman said the cancelled and delayed orders made up only a small proportion of the total. “Where we can‘t deliver the embroidered uniform before school starts, we‘ve contacted customers to apologise and let them know we‘ll get to it as soon as possible. We will also be providing these customers with a refund.”