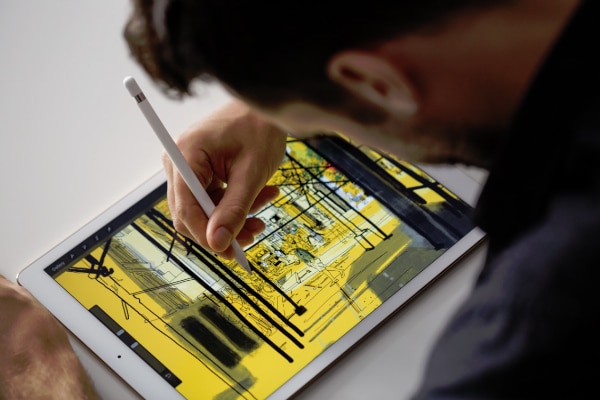 On Monday Apple announced the launch date of its monster-sized iPad Pro: it‘s a lot sooner than one might think.

“iPad Pro is the most powerful iPad we‘ve ever made, giving users the ability to be even more creative and more productive,” said Philip Schiller, Apple‘s Senior Vice President of Worldwide Marketing. “We can‘t wait to see what they do with iPad Pro.”

The new iPad Pro features a 12.9-inch Retina display with 5.6m pixels – the most ever in an iOS device.

The iPad‘s 64-bit A9X chip could rival most portable PCs and is again, the most powerful in any mobile Apple product.

The incredibly impressive technology packed within Apple‘s new iPad Pro not only puts it in competition with many branded laptops, including Apple‘s own range of MacBooks, but also Windows Surface Pro tablets which are similarly priced.

The new iPad pricing is as follows:

Extra features of the iPad pro includes the new ‘Apple Pencil‘, a stylus which promises pro-level drawing that feels “fluid and natural” and costs an additional £79.

The new device also comes with an optional £139 Apple Smart Keyboard, a full-sized keyboard that is designed to be easily transportable and easily connected.