A survey by the retail consultancy Blue Yonder has revealed that a quarter of last year‘s Black Friday shoppers regretted their purchases.

According to the report, at least a quarter of Black Friday customers not only regretted buying certain items, but also returned some of them.

This study comes as the forecast for Black Friday spending has reached an incredible £1.9bn, including £721m spent online.

However, this figure also reveals a waning in enthusiasm for the American sales event. The estimated 1.2bn spent in face-to-face transactions is a 4% like-for-like increase, but last year‘s figure was itself a 15% increase on the year before. Similarly, whilst online sales are set to increase by 17% compared to last year, 2014 saw an increase of 44%.

This reduction reflects not only a wave in shopper enthusiasm but the emerging trend among retailers of staying away from Black Friday promotions. Asda, for example, opted to host deals throughout the month rather than on one specific day, following the violence in last year‘s sales. Others are simply avoiding Black Friday in order to focus on the subsequent pre-Christmas sales.

A common complaint of retailers is that participating in Black Friday forces them to match their rivals not only on discounts but on delivery options and website development, and can end up costing them too much to justify the event itself. 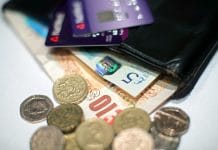