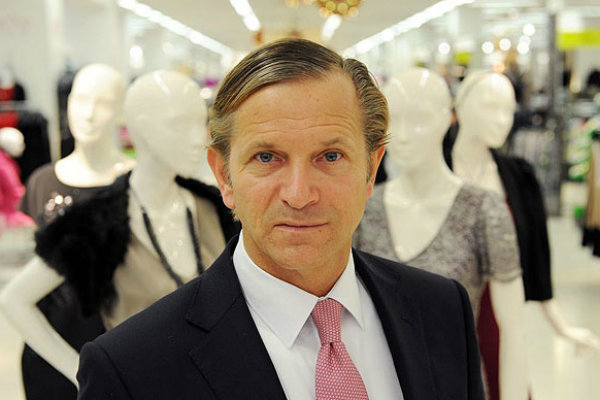 It was a tale of two halves in Marks & Spencer‘s half-year results this morning. While revenue in the food division of the British retailer outperformed the market, the company also saw an anticipated decline in general merchandise (clothing and homeware) sales for the first half of the year, citing unseasonal weather and a decision to rein in discounts as the reason. On the back of this, CEO Marc Bolland has cautioned that there will further tough trading ahead.

Food sales for the six months to 26 September rose 0.2% at stores open a year or more but equivalent sales in general merchandise, which includes clothing, fell 1.2%.

“Any M&S CEO will rue the day that former boss Lord Rose famously declared that “weather is for wimps,” for a combination of unhelpful weather and deepening competition in the fashion market has been blamed for yet another flaccid showing from the retailer in general merchandise,” commented Bryan Roberts, Director at Kantar Retail. “Shareholders might well be beginning to question whether recent hints of green shoots from womenswear were just a false dawn. On the upside, though, profitability is being assisted through a long-overdue consolidation in procurement and more disciplined discounting. Food, meanwhile, continues to tick along respectably thanks to ongoing innovation and seasonal excellence.”