John Lewis Managing Director Andy Street has predicted that online sales will overtake store sales in just four years, and the British retailer* is preparing with a £500m investment.

According to the Mail Online, Street expects internet sales to overtake store sales in 2019 – a year ahead of his original forecast. Total sales at John Lewis last year were £4.1bn.
Online sales trends are growing at a faster rate than expected, so the new predictions haven‘t blown the previous assumptions “out of the water” but merely “moved them forward.”

“It‘s very reassuring because it endorses everything we‘re doing,” he added.

The investment will see a recruitment drive in IT staff, as well as increased spend on warehousing, customer analysis and information technology, all in the name of providing what Street called a “seamless journey” for customers.

“This is about the systems that link everything from buying right through to the end point of the customer at home on their keyboard,” he said.

“We have increased our investment in IT six-fold over the last six years and the number of people involved has increased three times. This is a story about how retail has changed given how the customer is now shopping.”

The recent Black Friday shopping weekend was a wake-up call for many on the high street, as shoppers declined to go outside and instead did most of their shopping online.

“There is a fundamental difference in retail now between those who are stretching their legacy systems and others who have reached the point where they recognise the need to invest – not just for today, but for ten years‘ times,” said John Lewis Operations Director Dino Rocos.

Street estimated that John Lewis would hire over 500 IT professionals to work at the JL head office in London‘s Victoria, partly through overseas contractors, taking the total number of IT employees at John Lewis to over 2,000.

John Lewis‘s distribution hub in Milton Keynes currently sends out as many as 400,000 orders a day. The high street giant has invested £280m in a new 2m sq ft distribution hub that should become operational next year, and has plans to distribute all internet orders from one central London location by 2020. 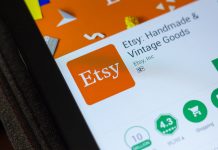 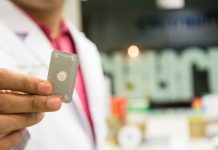