Troubled Tesco is trialling a new pet care service that will allow shoppers to have their pets groomed whilst they shop.

The new ‘Pet Den‘ service is being trialled in Culverhouse Cross Tesco store in Cardiff. It‘s a move after CEO Dave Lewis‘s own heart, given his eight years at the helm of Pets at Home – the retailer at which he made his name.

This is part of a wider plan by Lewis to repurpose space in Tesco‘s vast stores, the popularity of which has declined as consumers favour discounters Aldi and Lidl, the upmarket Waitrose brand or online grocery services.

Earlier this year, Lewis signed an agreement with Arcadia to trial concession stands for the high street fashion chains Burtons, Evans and Dorothy Perkins in five Tesco Extra stores. Now, similar agreements have been made with Timpson, Mothercare and Claire‘s Accessories.

“We‘re always looking at new ways our stores can best serve the needs of local customers, so we decided to trial introducing some great brands to five stores which complement our existing offer, including plans for a Pet Den at our Culverhouse Cross store in Cardiff,” a Tesco spokesperson said. 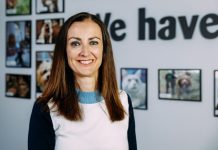