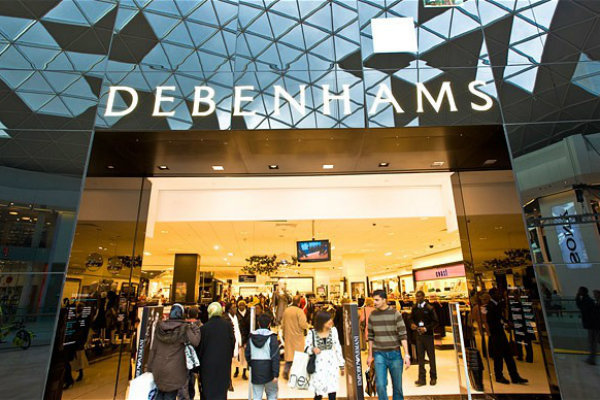 The CEO of the UK’s second-largest department store retailer has confirmed his resignation, just as the business posted a prediction-beating 5.5% rise in first-half profit.

In October Debenhams boss Michael Sharp said he would be stepping down this year after five years at the helm. He formally handed his resignation in on Thursday but will continue to serve as Chief Exec until a successor is announced.

In a statement, the British stalwart said the improved performance was off the back of reduced discounting, less promotions, a decrease in the proportion of clothing in the overall product mix, and an enhanced online service.

“Although there is plenty more to do, we are on track to deliver full-year results in line with market expectations,” said Sharp. “When I leave the business later this year I am confident that it will be in a good position to deliver continued sustainable growth under a strong and capable management team.”

Sharp has agreed a 12-month notice period and will receive full pay and benefits, totalling a minimum of £772,999.

It is understood that former M&S fashion CEO Kate Bostock; the COO of Primark, John Little; former Next director Christoph Angelides; and Mothercare boss Mark Newton-Jones are in the running to takeover at Debenhams. Internal candidate Suzanne Harlow, Debenhams Trading Director, was widely expected to be announced new top dog but shareholders are reportedly pushing for a fresh point of view.