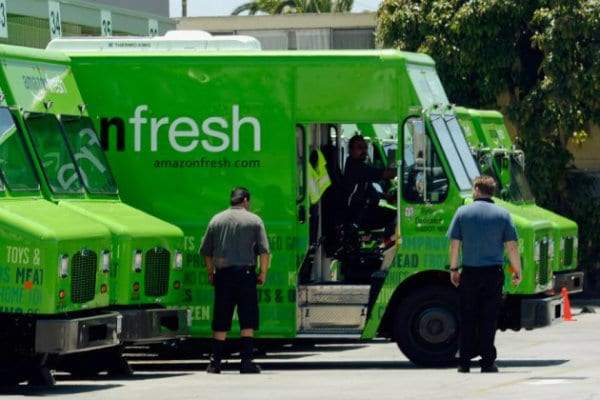 Ecommerce giant Amazon may be preparing to launch its fresh food delivery service Amazon Fresh in the UK this month.

Amazon has been trialling the service, which has been active in the USA for around seven years, from its east London depot. Suppliers have also reportedly been told to begin deliveries in the next few weeks, with one supplier, Bol, having told the Grocer that it would begin selling its salad bowls on Amazon Fresh on 18 May.

This news comes weeks after Amazon finalised a deal with Big Four supermarket chain Morrisons to purchase ambient, fresh and frozen products wholesale. The appointment of Doug Gurr as its new UK Managing Director last month was also seen as a catalyst for Amazon‘s expansion into the fresh food market, with Gurr having extensive experience in overseeing online food businesses.

Amazon launched the Amazon Pantry service in the UK last year, offering shoppers around 4,000 items ranging from cereal to tooth paste. In September it began selling frozen food via its Prime Now one-hour delivery service, though this is still being rolled out across major cities in the UK.

Amazon‘s foray into grocery delivery in the UK puts it squarely in competition with the likes of Ocado as well as Sainsbury‘s, which is expected to greatly expand its online offering, as well as services such as click-and-collect, following its successful acquisition of Argos.