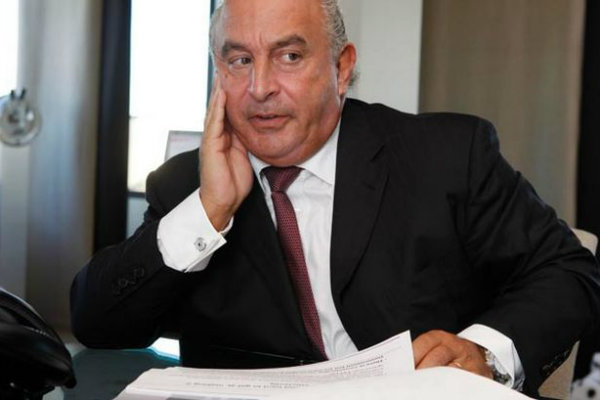 Billionaire retail tycoon Sir Philip Green is reportedly ramping up his efforts to assist MPs investigating the collapse of BHS as a report on its findings looms later this month.

With the report expected to be damning of the owner of Arcadia Group – which includes Topshop – the MPs on the investigation’s business and pensions committees recieved a letter this week in which he defended his ownership of the former high streen stalwart.

In the letter, Green highlighted the £400-plus million he invested in BHS – which he owned for 15 years until selling it to two-time bankrupt Dominic Chappell for £1 last year – and insisted he pushed for a “sustainable solution” for the department store chain’s pension scheme black hole of £571 million.

He also said he offered to add £5 million to the £10 million offered by Mike Ashley‘s Sports Direct to help save BHS.

“The purchase would include buying all of the stock, for which Mr Ashley offered to pay £10 million,” Green wrote.

“This amount was not acceptable to the administrators. It appeared that £15 million to close the deal would work and I therefore offered the additional £5 million to help the business be sold as a going concern.”

However, Frank Field, the MP who chairs the investigation of the collapsed retailer, said: “Sir Philip is aware we are writing our report and is suddenly volunteering all manner of last-minute assistance.”

In response, Green said: “Frank Field never ceases to surprise me. I was merely responding to the questions in a letter that he signed.”

Green has reportedly been sending over large swathes of documents to the investigation committees in an attempt to vindicate himself ahead of the report’s release.

The tycoon has regularly met controversy since BHS collapsed in April, which not only left the massive pension deficit but also 11,000 jobs at risk.

Green has also been accused of extracting £400 million in dividends from BHS before he sold it to Chappell.

The investigation report is expected to be published July 24.