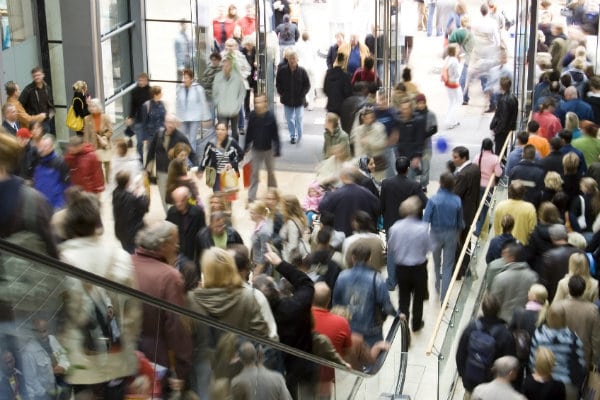 New data from the Office for National Statistics has shown that sales dipped by 0.2 per cent last month compared to the surprise 1.4 per cent uptick in July, indicating that the EU referendum result has had minimal impact on consumer confidence.

The ONS said the latest figures, published today, were not as bad as expected and that the underlying pattern for the retail sector over a longer period remained “one of solid growth”.

Compared the same period last year, sales volumes were up 6.2 per cent – last month that figure stood at 6.3 per cent growth.

However, although food sales went up in in August, figures showed the biggest monthly fall in non-food sales since December at 3.4 per cent – something the ONS said could not be explained by patterns in seasonal discounts.

Meanwhile, sales of pricier household goods such as electrical appliances and hardware went down year-on-year for the first time since May 2014.

Since the EU referendum, British businesses and industry analysts have consistently said it was too early to judge the impact of the Brexit vote.

“However, short-term volatility should be expected in this period of heightened uncertainty so we should resist the temptation to draw too many conclusions from just a few pieces of the jigsaw.”

“Despite early signs of a weaker August for retailers, driven by the warm weather, we have seen yet another set of surprisingly strong retail sales figures,” he said.

“Consumers have shown little signs of slowing down their spending amongst a backdrop of economic and political unease.

“Many UK retailers will now be shifting their focus towards the Christmas period after facing some intense cost pressures mainly due to a weaker pound and foreign exchange rates against the US dollar which have also impacted purchases from the Far East.

“Whilst there is no clear picture at this stage as to what consumer spending levels will reach during the festive season, we still expect a fairly steady level of trading.”

RELATED: Has the “death of the high street” been exaggerated?

John Mercer, the lead UK analyst at Fung Retail & Technology, also said the figures added “further weight” to the idea that the Brexit vote has had “little effect on consumer behaviour”.

“The hit to apparel stores is a medium-term trend that we have seen almost consistently since late 2015,” he said, referring to the 3.4 per cent drop in non-food sales.

“We see apparel as taking the biggest hit from consumers deciding to prioritise spending on services over spending on goods,” Mercer added.

“Shoppers are growing their spend at hotels and restaurants and on leisure and cultural services, and apparel specialist stores look to be bearing the brunt of this.

“The exceptions are the fast-growing pure play retailers, and the data for August show pure plays as a whole enjoyed a very strong month.”