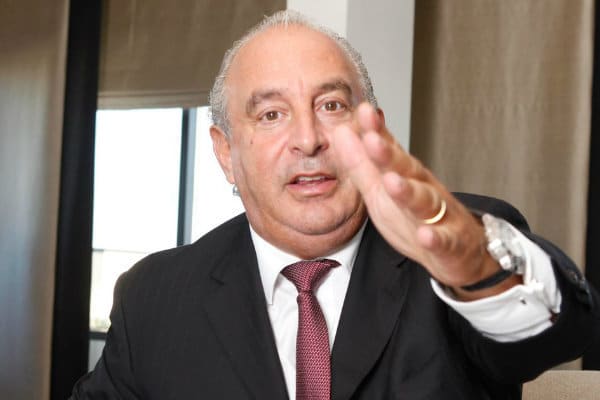 Sir Philip Green says he is working on a “daily basis” to sort out the £700 million pensions deficit, after Frank Field MP said he was unwilling to tackle it.

He is under increasing criticism from MPs and the Pension Regulator, which said he was dragging his feet in finding solution to the problem that he had promised to “sort”.

“I, together with my executives, have been co-operating with the Pensions Regulator for some 17 to 18 months providing whatever has been requested, on a very regular basis,” Green said in a statement issued this morning.

“I stated at the hearing that it was my intention to try to find a solution, which is a voluntary one, to the BHS pensions and that is still my aim.

“Since before the company was sold in March 2015, it was always our intention to find a plan for the BHS pensioners that was better than the Pension Protection Fund and that remains the case today.

“Mr Field suggested in the House of Commons on Wednesday there was a lack of willingness on my part to reach a settlement with regard to the pension fund. This is untrue, totally inaccurate and unhelpful in solving this issue.”

Last week Green offered £300 million out of his own pocket towards the pension deficit which has affected over 22,000 ex-BHS staff. In return for this, Sky News reported he wanted legal cases against him to be dropped.

“I would like to apologise sincerely to all the BHS people involved in this sorry affair,” he said.