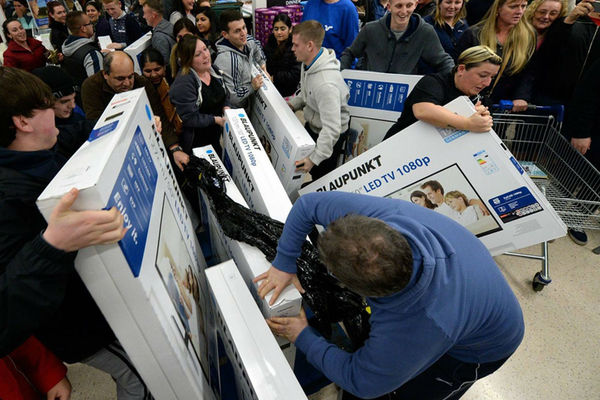 New research from Mintel has shown that retail sales are predicted to rise by 2.5 per cent this year to £42.2 billion.

According to the research retailer‘s success over Christmas depends on their approach to Black Friday, showing that 23 per cent of consumers will delay their purchases until they have seen the Black Friday and Cyber Monday promotions for 2016.

20 per cent of consumers bought gifts online and 11 per cent in store over the two discount days last year, boosting retail sales for the month by 1.5 per cent.

Shoppers are appearing to favour online sales, meaning Cyber Monday is likely to be even bigger this year. 20 per cent of those surveyed said they would Christmas shop online this year. Of those 55 per cent shopped online for cheaper prices and nearly did it to avoid the notorious black Friday crowds.

“December 2016‘s results will very much depend on what retailers do about Black Friday, but if they cut back on such promotions then there will be a knock-on benefit to December, as sales roll over into this month,” Mintel director of retail research Richard Perks said.

“In 2015, December‘s results were weak, partly because of Black Friday and partly because of the unseasonal weather, which seems to have been a constant story over the last year. So the comparisons this Christmas are easier.”