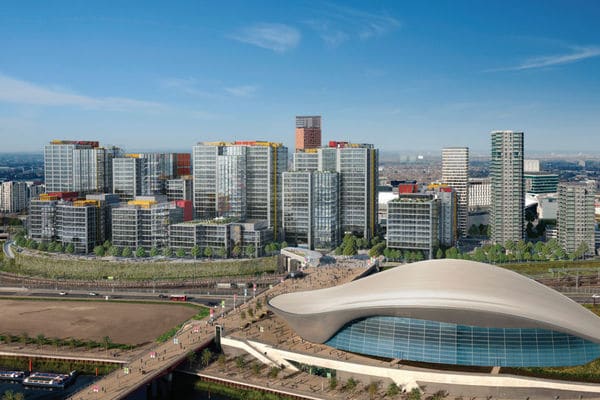 International Quarter London is set to become one of the city’s largest business districts, eventually providing 25,000 jobs in east London.

CF Commercial and Nash Bond have been appointed as agents for the retail sector of the development, with one million sq ft of the complex already finding tenants.

The first phase will see 12 retail units spread across 15,000sq ft is said to be targeted at a mix of independent and established brands.

Costing £2.4 billion and spreading over an enormous site, the new Olympic Village development will build on Stratford‘s booming retail sector, and utilise Stratford International station to draw and the digital infrastructure in place from the 2012 Olympics.