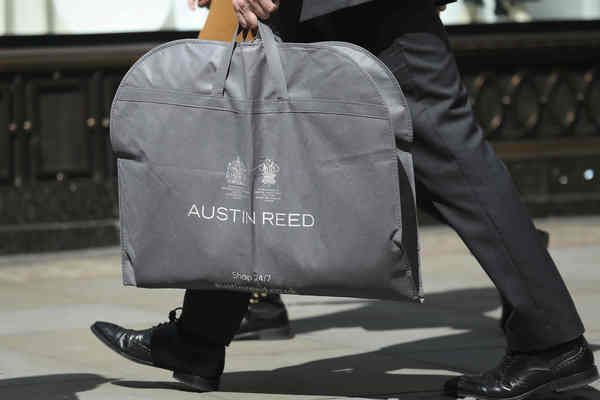 Austin Reed is set to make a come back on the high street with 50 new stores, less than a year after it collapsed.

Edinburgh Woollen Mill Group, which bought the brand from administrators in May, has revealed a £100 million revival plan to relaunch the 116-year-old menswear retail chain.

Part of its plans include a new flagship store in central London and several other new stores – all to be open towards the end of 2017.

Austin Reed fell into administration last summer after it had failed to find a buyer for the struggling business, which led to the closure of all 120 stores in its estate and the loss of around 1000 jobs.

The retailer had struggled with its debts and plunging sales and retail experts said the chain failed to adapt to a multi-channel environment.

Edinburgh Woollen Mill has since relaunched Austin Reed as an online brand with a new autumn/winter collection, with a larger spring/summer collection to follow early next year.

The parent company wants to open 200 stores by early 2018, including the 50 Austin Reed shops.

It is expected to create more than 2000 jobs.

“With the addition of Austin Reed, which we acquired earlier this year, as well as Country Casuals and Viyella, we aim to continue this organic growth, while always being ready to respond to other opportunities as they arise,” chief executive Steve Simpson said.

Austin Reed first began trading in 1900 as a tailoring business in the City and once counted former Prime Minister Winston Churchill and Hollywood icon Elizabeth Taylor as customers.