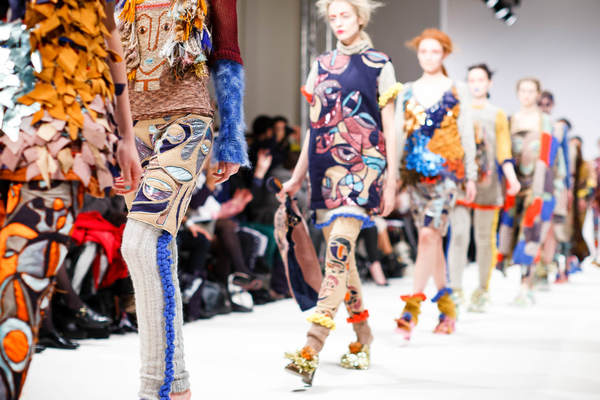 Earlier this week Hugo Boss became the latest fashion retailer to post a decline in sales, stating a “continuously challenging market environment” held its figures back.

These results came just days after Next posted a 5.9 per cent drop in sales. Last week it was revealed that American Apparel is facing its second bankruptcy in as many years. Two weeks prior to that Banana Republic announced the closure of all of its UK stores. All of these retailers have refered to the state of the sector as the cause of their financial woes.

So what is happening in the fashion sector that has led to the biggest decline in sales since the financial crash? For many, Brexit is to blame.

“Leading analysts Mintel believe that the declining fortunes of the fashion industry have been caused by global financial uncertainty, beginning with the recession in 2008 and compounded recently by the UK‘s decision to exit the EU,” a spokesperson from brand commerce agency KHWS said.

“However, while we agree that economic factors have played a part in the decline, from our experience we know that the rise of digital technology has had a greater impact.”

Instagram announced this week it will roll out a new system allowing retailers to post prices of items on their pictures, demonstrating an undeniable and very powerful shift towards social media and online retail.

“The effect of “instafashion” can‘t be underestimated, as we‘re seeing an over-reliance on consumers at the younger end on social media to drive desire around fashion purchases.

“On the supply side, there‘s incredibly powerful online players competing with the high street from Amazon‘s fashion range and Boohoo through to Brand Alley and ASOS.

“Online players effectively have the lever on price and can undercut anyone on the high street – this state of play‘s been brewing for the several months.”

Having to adjust to the demand of the “go economy” where consumers are used to having products instantly has impacted many fashion retailers. This trend was seen in London Fashion Week, where retailers like Top Shop and Burberry introduced “runway to retail” initiatives.

Other major transitions are happening within the sector, as Steven Hall of fashion brand Brother2Brother explained: “Although throwaway fashion retailers had been booming, lack of quality means many people are now investing in higher quality more expensive big ticket items and buying less often because of this.

“Fashion is not a necessity to all. This will naturally mean it would be one of the first sectors to be hit in times of economic and financial worry. Nowadays having the latest iPhone or tablet seems more important than having the latest pair of jeans.”

Fashion brands are being hit by all sides, not only is there uncertainty among consumers and competition stemming from online platforms, but new influen