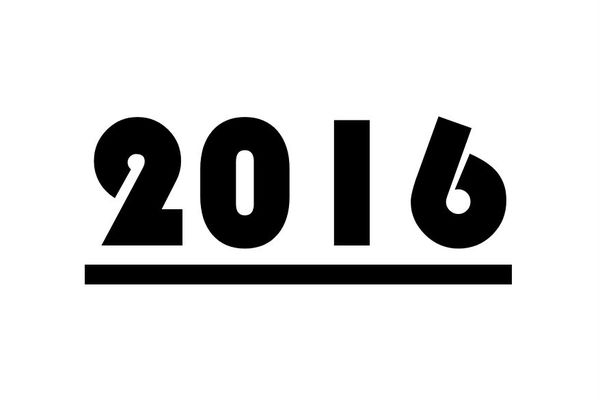 The world is a very different place after the rollercoaster ride that was 2016, the retail sector is certainly no different.

Here are the top 10 stories that made waves in the retail sector this year — as picked by Retail Gazette’s journalist Ben Stevens and editor Elias Jahshan.

The stories selected, listed in no particular order, are a combination of those that consistently landed in the weekly top 5 most-read stories on Retail Gazette’s website to stories that had far-reaching impacts beyond the retail sector.

The fall of BHS

The demise of BHS has dominated the headlines this year.

Not only did the once mighty British department store chain close all 163 of its stores, but 11,000 staff lost their jobs and 22,000 had their pensions put in jeopardy.

Once the initial shock of the heritage retailer‘s disappearance from the high street had faded, what was left was a far more complex story of billionaires and black holes.

Both former owners — Sir Philip Green and the man he infamously sold the chain to for £1, Dominic Chappell —  have come under fierce scrutiny from everyone: from MPs to the taxman.

The fallout has been huge, sparking a new government inquiry into corporate governance, earning Green the title of “the unacceptable face of capitalism” and his knighthood questioned, and his mulit-million pound superyacht the name “BHS Destroyer”.

The dispute over the who will plug the £571 million pensions deficit, who was responsible for the loss of so many jobs, and whether any criminal wrongdoing occurred looks set to continue well into 2017.

Another spectacular fall from grace comes from the discount sportswear retailer, owned by the eccentric billionaire Mike Ashley.

In the first of many large workers’ rights scandals of the year, Sports Direct‘s main warehouse in Shirebrook gained notoriety after an investigation by The Guardian uncovered “Victorian” working conditions.

Not only did this contribute to the new government inquiry into corporate governance, but sparked a tirade of heated debate around zero hours‘ contracts, and over foreign labour.

As the billionaire continued to drag his feet in sorting the controversial issue, the headlines piled up, largely focusing on the blunders of its founder.

These include pulling out a large wad of £50 notes during a press event at the Shirebrook warehouse to demonstrate he was looking after low paid workers; admitting her flew to work by private helicopter because it was more efficient; admitting on live television he was a “PR disaster”; and, most recently, being accused of trying to secretly film a group of MP‘s at a surprise inspection.

The country‘s second-largest grocery retailer acquired Home Retail Group  —  the parent company of Argos and Habitat  —  in a move which will see the transformation of some of the high street’s most recognisable brands.

In the £1.4 billion takeover, Sainsbury‘s will transform itself into what resembles a department store, moving away from its classic grocer roots and sparking a trend which is likely to be mirrored across the entire supermarket sector.

Next year a click-and-collect point will be established in most of Sainsbury‘s 601 supermarkets, as well as concessions in its 773 convenience stores, not to mention the 739 Argos outlets it now owns.

Sainsbury‘s or Argos will never be the same after 2016.

This year saw the tragic death of many famous people, with David Bowie, Prince, Zsa Zsa Gabor and Gene Wilder to name just a few, but many high street giants have also felt 2016‘s icy hand.

Of course BHS was the biggest and perhaps messiest demise of the year, but job losses in the retail sector reached 26,000  —  the highest since the peak of the recession.

American Apparel bit the bullet late this year closing all its UK operations.

Travis Perkins, Co-op and plenty of others have also seen job cuts skyrocket – with the latter having 298 of its stores acquired by McColl’s Retail Group.

The somewhat confusingly-titled National Living Wage, which came into force in April this year, has caused a raft of controversy and anxiety among retailers.

What is essentially a rebranded National Minimum Wage for the over 25s has seen an estimated 33,835 retailers to decline into “financial distress” as they struggle to meet the new pay rates.

With the incoming and new business rates looking to pile on extra pressure for businesses, and post-Brexit vote financial anxieties squeezing margins as it is, the new wage has been a significant thorn on the side of retailers.

It’s set to ris incrementally to £9 per hour by 2020, and the next few years will be critical for retailers who can no longer absorb the costs of the new rates on top of financial drains.

One of the biggest issues that affected the retail sector this year – let alone every aspect of the UK and globally – was the Brexit vote in June.

While all polls in the lead-up to the referendum pointed to looking like the UK would remain in the European Union – the UK sent shockwaves around the world when the referendum turned out to be in favour of leaving it.

Immediately after, the ramifications were felt on the economy as the sterling took a tumble and consumer confidence plummeted to its lowest since the recession.

While the sterling only managed to claw back a fraction of the value it had pre-Brexit vote, consumer confidence has fluctuated – it recovered in September but then it plummeted again in November, before marginally improving in December, ending the year in a stark contrast to the relatively healthy consumer confidence felt in January.

In addition, the economic ramifications of the Brexit vote sparked fears around the future of EU workers in the retail sector, inflation, higher costs of living and decreasing revenue and sales among retailers.

While experts have consistently said it was too early to assess the impact of the Brexit vote, especially as the UK is still technically part of the EU until it triggers Article 50 and leaves by 2018, many retailers have felt the brunt of it already in their quarterly and annual financial updates.

However, most online retailers bucked the downturn trend that faced high street fashion chains, while the UK welcomed an influx of tourists taking advantage of the weaker pound – which inadvertently led to London to replace Paris as the best place to buy luxury goods.

A scandal from 2014 came back to haunt one of the UK‘s biggest retailers this year, with several former senior figures of Tesco being brought to court.

The three former senior staff members had been accused of false accounting relating to a scandal in which Tesco was found to overstate its half-year profit by £326 million.

The trio denied the charges of fraud by abuse of position and false accounting, and were released on bail but will return to court next year.

Meanwhile, it was confirmed this month that former commercial director Kevin Grace will not face charges from the Serious Fraud Office, while Philip Clarke, the former chief executive, also had his charges dropped.

News of Grace‘s and Clarke‘s alleviation from the charges could mean that a charge is no longer brought against the company itself, as they had been identified as the most likely route to group prosecution.

The rise and rise of Amazon

One retailer which consistently grabbed headlines this year was Amazon – and that‘s hardly surprising.

This year was a significant year for the online retail behemoth, as it pushed the boundaries and expanded into new territories – shaking up not just the retail sector, but also hospitality, technology and entertainment.

The Seattle-based company expanded its workforce exponentially in the UK with the opening of new distribution centres and offices outside of London, and introduced its ground breaking Echo machine and Dash button.

It also launched AmazonFresh – taking the “go economy” competition in grocery directly to the likes of Ocado – and Amazon Restaurant, a direct challenge to the likes of Deliveroo and Just Eat.

In addition, its Prime Day event continued to rise in popularity this year, and the retailer played a leading role during the Black Friday sales period – stretching its sales over a week or so rather than just the long weekend immediately after Thanksgiving Day in the US.

Back in the US, Amazon also successfully trialled deliveries with drones, and announced its first foray into bricks-and-mortar retail with plans to open up supermarket stores that have no tills whatsoever.

One of the biggest stories on Retail Gazette‘s website this year was when Paula Nickolds was named John Lewis‘ first-ever female boss.

Effective from January 2017, Nickolds will replace Andy Street, who also grabbed headlines when he stepped down in September to pursue a political career as a Conservative MP.

Once Nickolds moves into the managing director‘s office in the new year, she will be the heritage retailer‘s first female boss since the department store was founded 1864.

The news rose questions about the lack of female representation in the retail sector‘s board rooms, which prompted the  Retail Gazette  to investigate further and find out why that is.  Click here to read the full story.

The most-read story on  Retail Gazette‘s  website this year was a somewhat unexpected one – the opening of Missguided‘s first bricks-and-mortar store.

The 20,000sq ft flagship within Westfield Stratford City in east London is the first in a series of store openings for the online fashion retailer, with three others scheduled to open around the UK in early 2017.

News of Missguided’s plans to open a shop was first reported back in April, and that story, along with the updates since, all feature in the  Retail Gazette‘s  top 20 most-read online stories list for the year – with  the story of the store opening in November  taking the #1 spot.

The Manchester-based etailer – or multichannel retailer as it should probably be called now – has experienced a dramatic rise to success since it was founded in 2009, winning multiple awards and grabbing headlines with multiple celebrity collaborations.