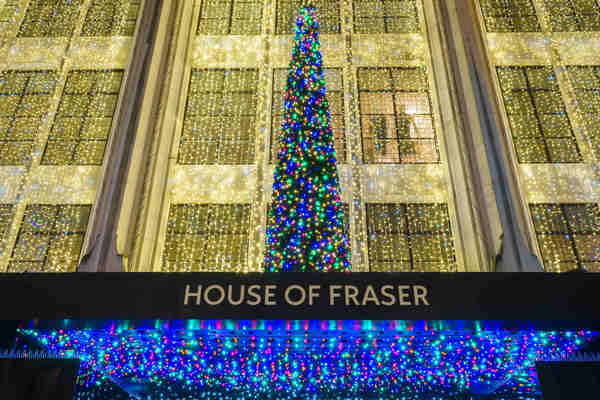 House of Fraser‘s credit rating outlook has been downgraded by ratings agency Moody‘s, as pressures from the weak pound and reduced consumer spending continue to mount.

Despite positive Christmas sales, Moody‘s has lowered the department store‘s outlook rating from “stable” to “negative” as it points out that its three prior quarters showed less promising growth, likely resulting in lower underlying profits for the full year.

“The outlook for consumer sentiment in the UK during 2017 is uncertain as we expect sterling’s ongoing weakness to drive higher costs of imported products and rising inflation,” Moody’s senior credit officer and lead analyst David Beadle said.

“The resultant squeeze on disposable incomes would weigh on discretionary spending.

“In these circumstances, we believe House of Fraser would find it difficult to recover to previous levels of profitability and therefore its credit metrics would remain weak for the rating category.”

The department store recently opened its first outlet in China within the Sanpower Plaza.

Sanpower owns an 89 per cent stake in the department store retailer.

It is speculated this is due to Sanpower failing to make good on its promise of investing £75 million in the company when it took it over in 2014.