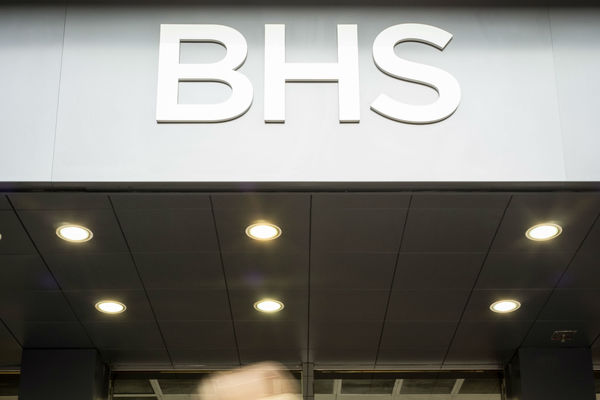 The UK‘s insolvency watchdog body has said the investigation into the collapse of BHS may not be completed until 2019, even though they were ordered by the government to fast-track it.

The head of the Insolvency Service, Sarah Albon, told MPs that they have now gathered all the evidence and are currently working with forensic accountants and specialist counsel to analyse it.

She said the investigation will take some time to complete because of the “complexities of the case” and the mass of evidence that needs to be reviewed and analysed.

In a letter to Work and Pensions Committee chairman Frank Field MP, Albon wrote: “Should our investigation find grounds for disqualification against former directors we will be in a position to commence proceedings significantly earlier than April 2019.”

READ MORE: Fate of Philip Green’s knighthood to be decided once BHS probes are over

She also wrote she had appointed senior counsel and had sought specialist forensic accountancy advice “to ensure that any possible disqualification action stands up to the legal process”.

In mid-2016, a few months after BHS went into administration, Business Secretary Sajid Javid ordered the Insolvency Service to fast-track its investigation into BHS’s former directors.

The Insolvency Service usually waits three months for administrators to conclude their own investigation before stepping in, and BHS’ administrator Duff & Phelps has blamed the watchdog’s intervention for increasing the complexity of dealing with the department store chain‘s collapse.

Nonetheless, Field said he was pleased with the Insolvency Service‘s progress.

“Appointing specialist counsel and forensic accountancy services to analyse the evidence they have gathered on the sale and collapse of BHS, and the fact that they have set down a timetable for commencement of any potential proceedings, are clear signs of how seriously they are now taking this matter,” he said.

“It seems the net is tightening around the former directors of BHS. We – and of course the (Honours) Forfeiture Committee – will await the outcome of their investigations with great interest.”

The chair of the Honours Forfeiture Committee recently said a decision on whether Sir Philip Green – who owned BHS for 15 years as part of his Arcadia retail empire until selling it in early 2015 to serial bankrupt Dominic Chappell – should keep his knighthood will not be made until the Insolvency Service‘s investigations have been completed.

Westminster Palace voted in favour of a motion to strip Green of his knighthood late last year.

Green is also still in negotiations with The Pensions Regulator about a settlement that would see him inject millions into BHS’s £571 million pension deficit, which is reportedly close to being finalised.