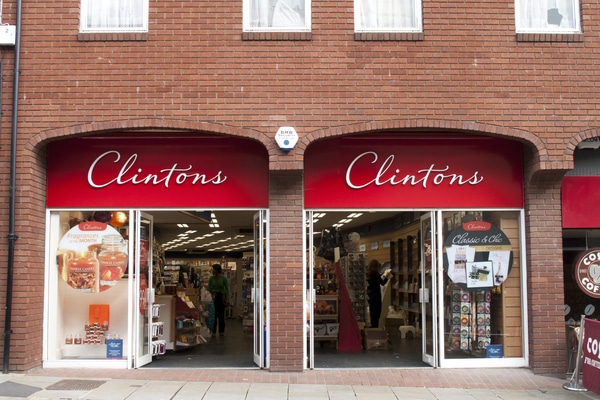 Gift card retailer Clintons is reportedly considering the closure of over a quarter of its UK high street stores, putting hundreds of jobs in jeopardy.

Its owner American Greetings has revealed that 120 of 393 stores are still to be modernised and are all under an “ongoing strategic review”, according to The Telegraph.

After having been saved from administration by the American company in 2011, Clintons has struggled to find its feet due to stiff competition from high street rivals.

Clintons now owes its parent company £45 million and has reportedly slammed the brakes on its refurbishment programme, spending just £1 million last year compared to £14 million the year before.

Upcoming business rate changes and increases in wages are expected to add extra pressure to the struggling retailer.

“We are continually reviewing our portfolio, evaluating the performance of our stores, whilst looking at opportunities to open up new stores,” an American Greetings spokesperson said.

“Its loss-making shops would be reviewed in line with their lease terms to determine whether they should be closed on expiry”.