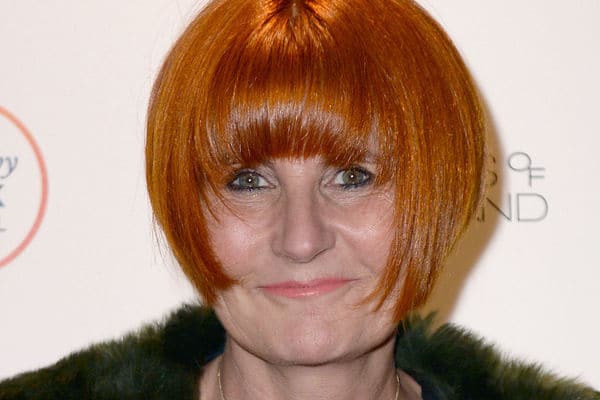 The Queen of Shops has weighed in on the debate surrounding the impending business rates reforms with a warning to the government that it could potentially kill off a third of independent retailers.

Mary Portas, a TV personality and retail expert once hired by former Prime Minister David Cameron to find a way to save the UK‘s high streets, labelled the rates hike as “madness” and called on Prime Minister Theresa May to bin the whole system.

Meanhwile, Communities Secretary Sajid Javid accused “unscrupulous” companies of trying to scare business owners into thinking their taxes would soar in order to make a profit.

Writing in The Telegraph, Portas said the revaluation scheme would be the worst blow to shops since the financial crisis of 2008, as they were at risk of being “destroyed” from bill increases of up to 245 per cent.

Portas joins a growing list of leading business figures and groups – such as the Federation of Small Businesses and Institute of Directors – who have publicly criticised the business rates plans, which comes into force in April.

“In 2011 I was commissioned by the government to look at how we could save our high streets,” Portas wrote in The Telegraph.

“Six years on and we were really making progress.

“So it’s strange to watch our leaders preparing to impose a new business rates revaluation that will cripple high street shops.

“The tax bill, which will hit retailers from April, will be the single biggest blow to independent shops since the financial crisis.

“I would estimate that at least a third of them will die off.”

The reforms will see business rates calculated on the rental value of commercial property.

The government has said this will decrease for many businesses due to a fall in property values.

However, Portas said punitive rise will create “clone towns” where “the only ‘mix‘ will be of charity shops, bookies and Costa”.

“I am calling on Sajid Javid, (Business Secretary) Greg Clark, and Theresa May to stop this madness before it destroys everything we’ve been fighting for,” she wrote.

Despite this, Javid accused “scaremongering” rating agents of manufacturing reports about business rates rising while “cynically” promising to help firms win an appeal against any increase “in exchange for a hefty fee”.

While he admitted the rates reforms were not “perfect, Javid insisted that thousands of independent shops, small pubs and rural businesses will see their bills slashed while a third of businesses will pay no rates at all.

Ministers are also facing a backlash after official figures indicated that the Treasury could generate an extra £1 billion after the business rates revaluation.

However, the government said that extra revenue would be the result of growth and new properties coming into the system rather than existing business ratepayers being forced to fork up extra money.

Javid also insisted that the revaluation did not amount to a “stealth tax”, saying the Treasury “won’t make one penny more” from the business rates changes.

In a Telegraph article, Javid said: “Although there will inevitably be winners and losers in a cash-neutral revaluation, we’re taking action so the vast majority of businesses do not end up worse off, and to mitigate the impact on those who see their bills rising.

“I grew up above the family shop, and I know for myself that running