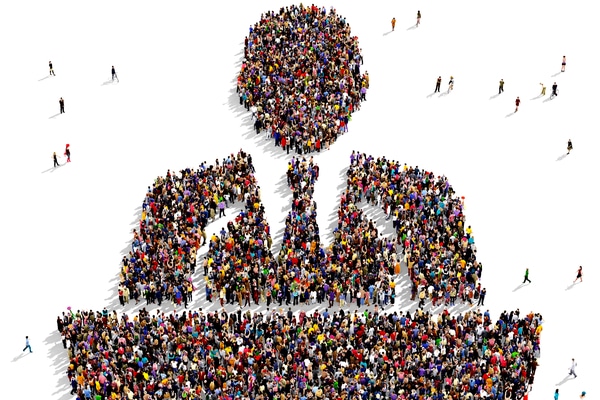 The state of western politics and the rise of global populism have become the focal point in almost every area of contemporary life. Many people are divided and even more have been driven to make their voices heard one way or the other.

Since US President Donald Trump‘s inauguration last month his policies and actions have seldom been out of the news, or the mouths of people across the world. Among numerous controversial executive orders which have stormed the US, Trump‘s travel ban has encouraged voices from all walks to speak out.

One of those voices was high street chain Starbucks, which protested the ban by pledging to hire 10,000 refugees over the next five years.

They were not alone: retailers Apple, Nike and Adidas among many other firms chose to publicly oppose Trump’s policy, pole-vaulting the line which normally stops large businesses getting involved.

This is an unusual move, for unusual times. Prior to this, the Stop Funding Hate campaign ramped up pressure on retailers and big business to stop advertising with papers renowned for promoting divisional politics.

Lego was the first to sign up to the movement, while John Lewis highlighted just how reluctant retailers are to involve themselves.

“We fully appreciate the strength of feeling on this issue but we never make an editorial judgement on a particular newspaper,” the department store stated.

“It is understandable that CEOs and other spokespeople don’t want to put their head above the parapet for fear of what shit is getting flung around in the twittersphere!”

There is a good reason why large businesses so rarely get involved in politics publicly. But with a government administration that could put the livelihood of their customers and staff at risk, do retailers have a responsibility to break their silence?

“The large-scale and vocal protest against the ban has forced  companies into getting off the political fence,” said Professor Cathy Parker, an expert in retail enterprise at Manchester Metropolitan University.

“Otherwise they are unwittingly looking like they are siding with Trump – by not having an opinion, and they don’t want to risk a consumer boycott.

“Look at what happened to Uber – the chief executive Travis Kalanick did not criticise the Trump travel ban explicitly enough – and appeared to profiteer from the demand for taxis at JFK.

“The next thing he is having to pledge £3 million to support the legal funds of those affected, to try and counteract the widespread negative PR.”

Negative PR is an unavoidable part of businesses picking a side in a political debate. No matter how controversial, there will be a group of people opposed to their viewpoint, not least the government itself.

However, hypocrisy will lose customers on all sides of the political spectrum.

READ MORE:  What the Trump/May trade deal could mean for UK retail

“(Uber) was already on shaky ground – when aspects of its business model have been deemed illegal in the US (FTC ruling) how can it call out Trump’s dodgy policies?” Parker said.

“This ‘glass houses’ dilemma faces most large organisations – and especially retailers who rely on such a global and complicated supply chain. It is hard for them to know they are ‘squeaky clean’.

“And in a post-truth era lies spread quickly – so it is understandable that chief executives and other spokespeople don’t want to put their head above the parapet for fear of what shit is getting flung around in the twittersphere!”

Despite its potential risks, there are also substantial rewards to be gained from picking a side. Menzies LLP‘s retail sector expert Andrew Mosby points out that this is also nothing new: “In many ways, retailers and politicians share a common goal, which is to gauge the sentiment of the populace and communicate that to their customer base.

“From a commercial point of view, this is especially important for consumers, who often like to align themselves with brands that share the same political and ethical values.

“Now corporations influence politics at the national or international scale – through lobbying – or just through the sheer scale of their economic activities.”

“Retailers have been adopting social causes for many years. In the early 20th century, John Lewis introduced the employee ownership model and directed political sentiment towards this type of business.

“This became a recognised business model and even today is a fitting example of how effective change can be when implemented through the actions of retailers.”

However, this change does not necessarily represent a balanced view.

“In the past, many town councils, and urban corporations, were founded or populated by local entrepreneurs – often retailers, who represented society very effectively in local politics because of all the different customers that came in and out of their shops,” Parker explained.

“That link between business and politics at the local level has been eroded. Now corporations influence politics at the national or international scale – through lobbying – or just through the sheer scale of their economic activities.

“(For example) AirBnB and it’s commodification of local neighbourhoods. In Air BnB’s case it is engaged in local politics – but it’s lobbying to push its agenda – unlike an elected official who has to balance a whole host of agendas in the interests of the local community.”