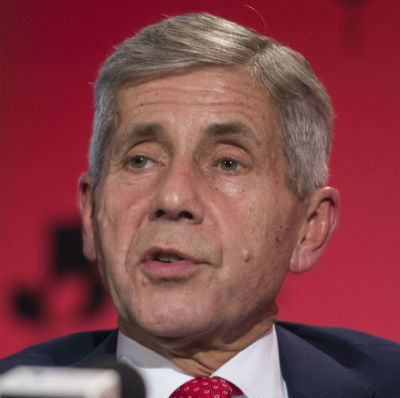 Leading retail and political figure and one-time Marks & Spencer boss Lord Stuart Rose has said Sir Philip Green should keep his knighthood despite the controversies surrounding his handling of the BHS sale and its eventual collapse.

Rose – who successfully prevented M&S from being taken over by Green and has had a rocky history with the retail tycoon – said the calls to strip Green of his knighthood were similar to a “village green lynch mob”.

He said since Green should keep his knighthood after he settled his end of the bargain in the BHS pension debacle last week.

“He had an unfortunate experience but that does not mean we should stand there and strip him of his epaulettes like Dreyfus and disgrace him,” Rose said.

“I don‘t think that is the type of society I want to live in. It has taken some time to pay the appropriate amount of money in the pension – he has done that, it is a substantial sum of money, and I think we should just leave him alone.

“I don‘t believe in this public humiliation.”

Rose – who was one of the leaders in the Remain campaign in the lead-up to the Brexit referendum last year – once came to blows with Green over the latter‘s bid for the retailer in 2004, where he allegedly grabbed the then-M&S chief executive by the lapels and yelled at him for refusing to join his team.

Last week, Green agreed to pay up to £360 million to help settle the schemes of thousands of former workers of BHS, the department store he owned for 15 years until he sold it to former bankrupt Dominic Chappell for £1 in March 2015.

The retail chain collapsed just over a year later in April, and led to the revelation of a £571 million pension deficit that affected 22,000 staff.

While Green‘s contribution does not cover the BHS pension deficit in full, it saved the scheme from entering the government’s Pension Protection Fund.

When asked whether Green has left a bad impression on the industry, Rose told the Press Association that “there have been other industries outside retail that have had problems with their pensions”.

“Do I suspect that he regrets what happened? Yes, big time,” he said.

“Do I think that he has meant well by trying to address the problem? Yes I do. Do I think we should move on? Yes I do.”