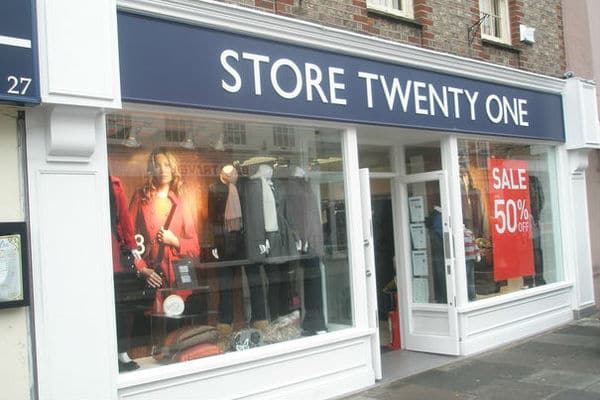 Store Twenty One is in talks with its lender after struggling to meet rent payments, eight months after the retailer made a company voluntary agreement (CVA) deal.

Reports have emerged that the high street chain is in negotiations with the State Bank of India after defaulting on rent payments.

According to The Telegraph, while the retailer has not yet broken the terms of its CVA, a quarterly rent date at the end of this month could push it into administration.

Store Twenty One‘s CVA last July saw resulted in the closure of 77 stores, and more than 80 of its remaining 202 stores switched to a monthly rent scheme rather than quarterly instalments.

Despite this, the retailer still struggles to meet rent payments and in August last year it was accused of failing to pay staff wages.

Should the CVA fail, 1000 jobs at Store Twenty One would be put at risk.