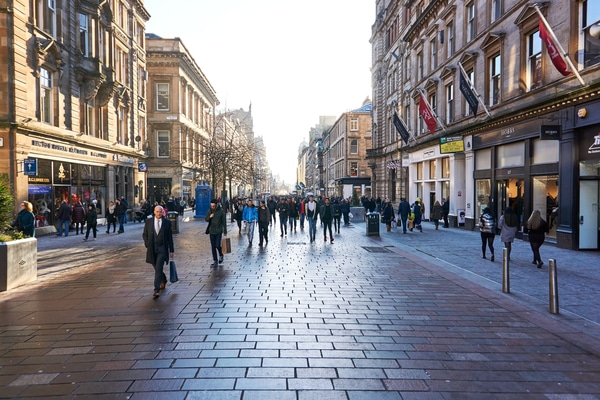 Total sales dropped by 1.9 per cent, while online adjusted sales also declined by 2.6 per cent.

These figures were marginally offset by a 1.3 per cent climb in food sales.

This “sluggish” start comes as First Minister Nicola Sturgeon‘s calls for a second Scottish referendum, which was met with strong opposition from local retailers, have been blocked by Theresa May until after Brexit.

“In recent months we‘ve seen a polarisation in the performance of food and non-food categories; which continued in February. Non-food categories fell back once again, particularly clothing, footwear,” SRC director David Lonsdale said.

“These figures suggest Scottish consumers are maybe beginning to tighten their belts and acknowledge the strain from rising overall inflation and moderating wage growth, with council tax set to creep up soon too.”

KPMG head of retail in Scotland Craig Cavin added: “Non-food numbers continue to alarm, with the early sales instigated by retailers in November and December weighing heavily in 2017.

“In a troubling sign, non-food numbers adjusted for online sales were in the red for two consecutive months – something which did not happen in 2016.”