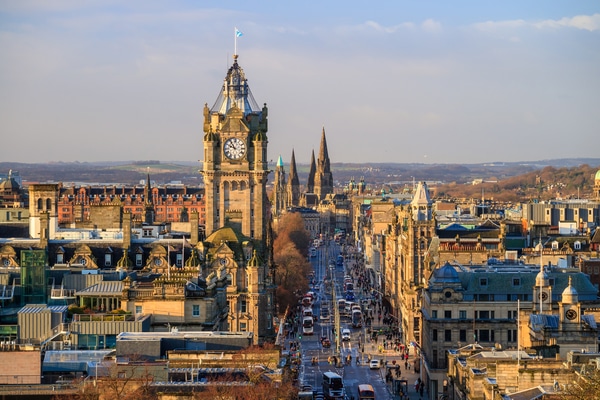 More than 4000 Scottish retail premises could close by 2025 as technological changes and rising costs decimate the industry.

According to new research from the Scottish Retail Consortium (SRC), almost a quarter of Scottish shops could disappear in the next few years, putting tens of thousands of jobs at risk.

The news comes amid reports that Scotland‘s economy had shrunk in the last three months of the year, meaning if its economy hasn‘t grown since January it is officially in recession.

In its report What‘s Next – The Future of Scottish Retail the SRC‘s chairman Andrew Murphy said: “If we care about employment and we care about places we simply have to deal with this issue.

“The dynamics of change cannot be stopped or reversed. It is only really how well we collectively understand and manage it.

“We still have time and have a chance to think ahead to make sure the real sharp edge of that decline is managed and mitigated.”

Murphy argues there must be government intervention to help alleviate the pressures on Scottish retailers before it is too late.

The sector currently employs around 250,000 people, most of which work directly in the shops which are facing closures.

The recent business rates reforms are a key issue facing the country‘s retailers and Murphy said taxation was one element the government is able to help with,

“After the goods we sell and the staff, business rates is the next biggest single component of our costs,” he said.

“There is very little any government can do if they are not prepared to address that.”