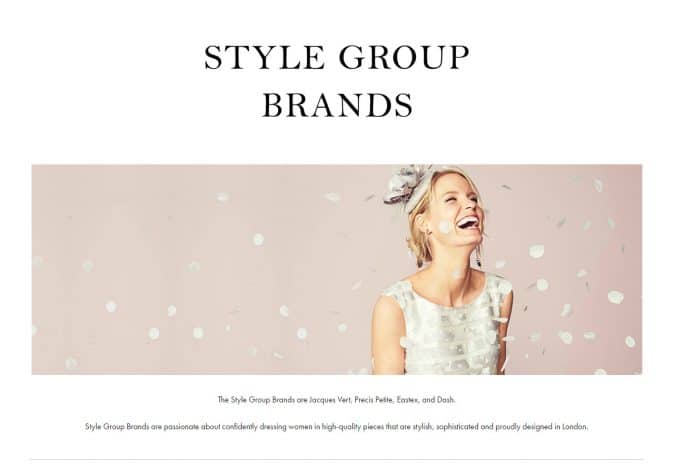 Jacques Vert owner Style Group Brands could be saved from falling into administration with  three prominent businessmen understood to be in talks over a rescue deal, according to Sky News.

Style Group Brands, which also owns fashion brands such as Dash and Windsmoor and trades in over 470 locations in the UK including House of Fraser and Debenhams, was revealed to be on the brink of administration last week.

However, a group of investors led by ex-Jaeger owner and British Fashion Council boss Harold Tillman, alongside Sandeep Vyas and Haseeb Aziz, are reportedly drawing up plans for a pre-pack purchase.

The move could potentially save 1900 jobs, although sources warned that a number of shops  would close under the plan reducing some staff numbers.

According to insiders close to the deal, the trio have been given to the end of the week to reach a deal, as KPMG prepares to place it under pre-pack administration.

Style Group Brands is the latest in a string of fashion retail companies to teeter on the brink of administration amid an increasingly tough market.

Hobbs, Oasis, Warehouse and Jaeger have all either been put up for sale or faced administration in recent months, as the fashion sector struggles to deal with rising import costs and waning consumer spending.