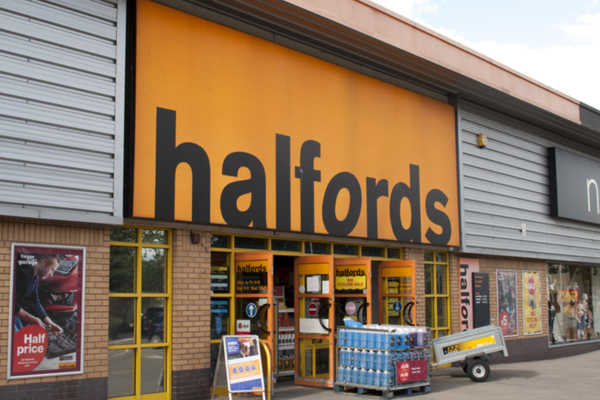 Halfords has reported a double-digit fall in profits as the Brexit weakened pound and late Easter dragged down its annual results.

In the year to March 31 Halfords saw a 10.5 per cent drop in profits to £71.4 million, as the cost of importing goods skyrocketed to £14 million. Like-for-likes were also down 1.2 per cent in the final quarter.

Despite falling profits and poor fourth-quarter, like-for-like group sales were up 2.7 per cent and retail sales rose 3.1 per cent. This was boosted by a jump in bike and travel sales increasing 5.1 per cent and 7.9 per cent respectively.

The news will be disappointing for chief executive Jill McDonald, who will leave the retailer in October to spearhead the revival of Marks & Spencer‘s clothing arm. She has been leading a similar turnaround effort at Halfords.

“Profit performance for the year was impacted by the weaker pound, but our plans are well developed and I am confident this will be offset over time,” McDonald said.

“We enter a challenging period from a macroeconomic perspective, with uncertainty over consumer spending and sterling depreciation bringing input cost headwinds.

“However, we approach this on the front foot and from a position of strength.”

She added that the retailer had as yet seen no impact from a decline in consumer spending.