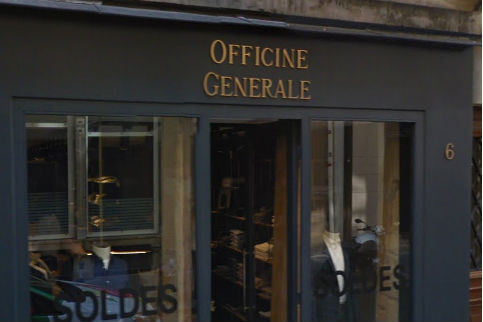 The building it’s moving into is also a Grade II-listed one, having previously being occupied by John Wilkes Gun Makers from 1925 until 2003, when it became contemporary art gallery Riflemaker.

“We were pleased to be able to secure the ideal location for Officine GÃ©nÃ©rale on Beak Street, due to its high foot traffic and proximity to a number of compatible retailers,” said Tom McHugh, the director of Thor Retail Advisorsm which advised the label.

Once opened, Officine GÃ©nÃ©rale will be  situated opposite the new London flagship of Rag & Bone, adjacent to Aesop and Le Labo, and close to Paul Smith, A.P.C., and a soon-to-open Byredo store.