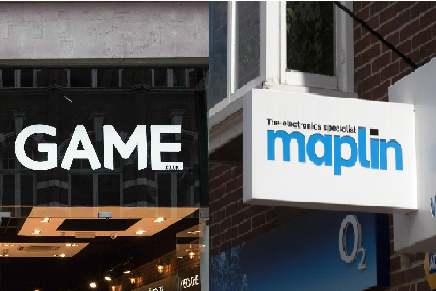 Initially in four Maplin stores only, the shop-in-shop trial could stave off potential store closures for Game – especially with 220 store lease renewals due by the end of 2018.

In the addition, the partnership presents Game opportunities “to gain or retain” high street locations, which has been a major priority for the retailer.

Nonetheless, the pilot concessions will have its own Game team selling the retailer’s video game ranges that should compliment the Maplin’s technology offerings.

“Game has a similar market position to Maplin – a real expert in their category, with knowledgeable colleagues, who are passionate about what they do and who provide great advice to their customers; a great cultural fit,” Maplin chief executive Oliver Meakin said.

Game already has two concessions and WHSmith stores in Oxford and Birmingham Fort – a partnership the retailer is now looking extend.

The latest partnership with Maplin comes  as Game recorded a 26.7 per cent plunge in pre-tax profit in the six months to January 28, followed by a profit warning June.