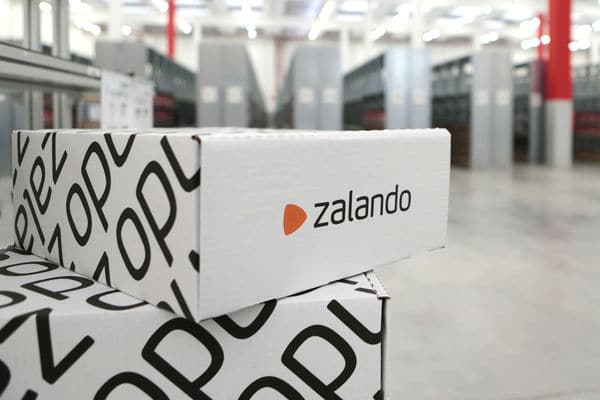 Online fashion retailer Zalando has recorded a slight slow down in its revenue and operating profit, despite growing its customer base and average order numbers.

The German company, which trades in 15 European countries including the UK, posted a 20 per cent rise in second quarter revenue to â‚¬1.1 billion (£991 million), although this was slower than the pace of growth recorded in the second quarters of the past four years.

Meanwhile adjusted EBIT for the first half was the same as last year, at  â‚¬102 million (£91.9 million).

Zalando said its growth has been driven by a growing customer base and an increase in the number of average orders to 3.7 times per year.

It also anticipates recording full-year revenue growth of between 20 and 25 per cent, while adjusted EBIT margin will fall between five and six per cent.

The online retailer used its latest trading update to also announce plans to expand its European fulfilment network by opening new warehouses in Italy and in Gryfino, Poland in its third quarter.

“We firmly believe that growth is the right strategy to increase the value of our business,” co-chief executive Rubin Ritter said.

“Our updated guidance reflects our focus on growth at solid profitability levels. It is in our DNA to continuously evaluate additional investment opportunities, test ideas, and then start scaling them.”