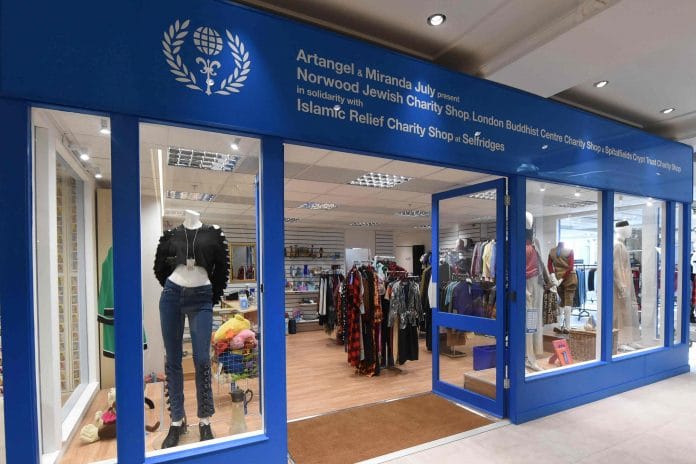 The UK’s first interfaith charity shop has opened up as a concession within London’s world famous Selfridges department store.

The proceeds will be shared equally between the four partners, all of whom run their own charity shops.

In addition, each of the charities involved is donating 2.5 per cent of their share to another charity of their choice. Islamic Relief is donating to The Bike Project, Norwood to Carers in Hertfordshire, London Buddhist Centre to Praxis Community Project, and Spitalfields Crypt Trust to Providence Row.

While being situated inside Selfridges, known for its high-end products, prices are the same as in any charity shop.

July is known for artworks that depend upon the public‘s participation — such as apps, performances or sculptures. Her interfaith charity shop aims to present customers with a retail experience that resonates with Selfridges founder Harry Gordon Selfridge‘s 1909 pronouncement that his store was created as a place where “everyone is welcome”.

“For many years I‘ve wanted to make a store as artwork, utilising the inherently participatory conventions of commerce,” July said.

“When I first came to London, in my 20s, I was giddily amazed by the sheer number of charity shops, but it‘s only in creating this store with Artangel that I understand what a radically unique economic model they are.

“The nuances of this come from my faith-based charity shop partners and from the site, Selfridges.”

The interfaith shop-in-shop is open at Selfridges until October 22. 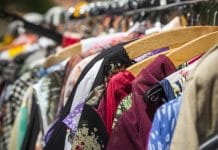 Charity shops searched over 100,000 times a month in UK 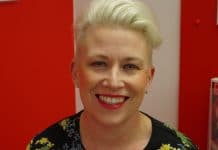 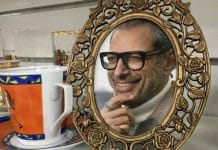 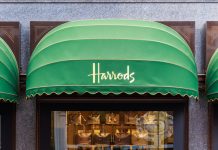