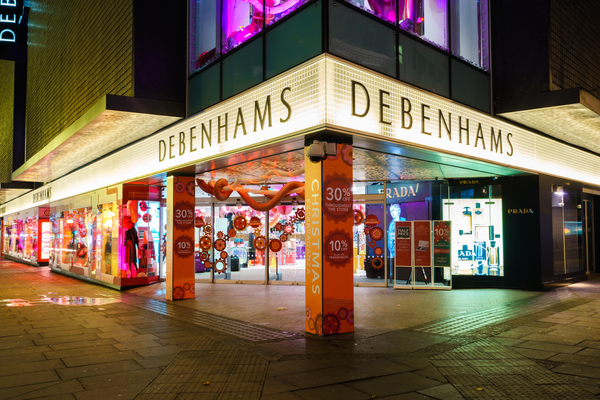 Debenhams has sparked controversy after it was accused of demanding smaller suppliers grant it a discount if it pays them within 90 days.

According to The Telegraph, the retailer commanded it be granted a discount from a supplier for every barcoded item that needed scanning, a discount related to a carrier charge delivery, and a 16.7 per cent discount for paying within 90 days.

The Federation of Small Businesses (FSB) states that the industry average is 42 days, and a Debenhams’ spokesperson stated that their average was 60 days.

The news comes as the UK’s first small business commissioner MP, Paul Uppal, was appointed – having liaised with the FSB to discuss “supply chain bullying”.

“To charge small businesses for paying on time is totally immoral, let alone for paying within 90 days which no one can consider prompt,” FSB national chairman Mike Cherry said.

In response Debenhams, which is expected to reveal an annual fall in profits of nearly 20 per cent to £95.4 million this week, stated: “Debenhams has not changed its terms of business with its suppliers.

“We have a large number of commercially negotiated discounts but these are separate to discussions on payment terms.

“The two will of course ultimately be contained in any supplier agreement but are not linked or traded off against each other.

“It would be very misleading to make general inferences from any one agreement with a single supplier but it is categorically not Debenhams’ policy to ask for discounts in exchange for payment terms of 90 days. Our average payment days are 60 days.

“We are proud of our supplier relationships and aim to follow best practice in dealings with them.”