The technology giant recorded an 18.9 per cent spike in profits to $10.7 billion (£8.2 billion) in its fourth quarter covering the three months to the end of September.

The news comes after Apple appeared to be facing a major obstacle a few weeks ago due to a delay in the iPhone X launch and rumours of production problems that could limit supply.

However, Apple chief financial officer Luca Maestri shrugged off those concerns and told Reuters the company was “quite happy” with how manufacturing of the iPhone X was progressing.

As a result, Apple shares rose almost four per cent in after-hours trading to reach an all-time high, with analysts speculating on when it might become the first public company worth a trillion dollars.

Apple also presented a rosy forecast for the first quarter of its new fiscal year – the three months to December 31 – with revenues predicted to hit somewhere between $84 billion (£64.3 billion) and $87 billion (£66.6 billion).

“We had good success, I would say, through the different iPhones,” Apple chief executive Tim Cook said during a conference call for the quarterly update.

“We tried hard to have an iPhone that is as affordable as possible for people that really want an iPhone, but may have a more limited budget.”

As the iPhone X went on sale overnight in Australia and much of far east Asia, Apple was greeted with long lines at its flagship stores – recalling the frenzy that greeted early versions of the iPhone.

The iPhone X goes on sale in the UK today. 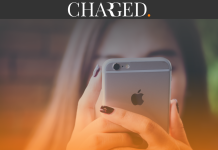