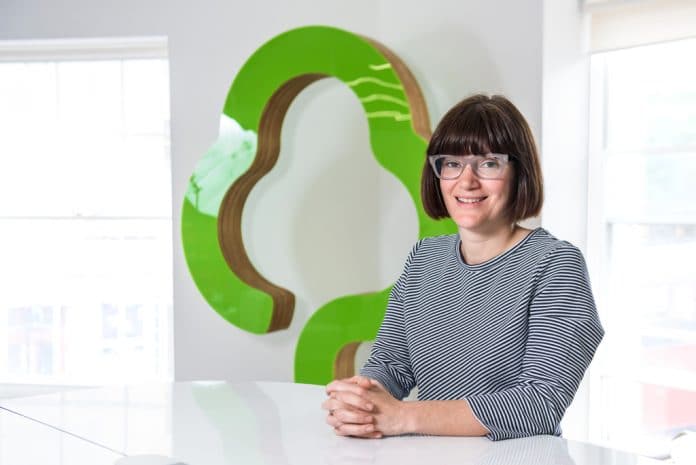 “Due to be married soon? Not planning on staying faithful? Want to sleep with one of your soon-to-be husband’s closest friends? Then THIS is the wedding dress for you!”

This disgruntled boyfriend’s Gumtree advert may not paint a particularly welcoming picture for someone in the market for a wedding dress, but it paints a vivid portrait of just how ingrained the digital marketplace has become in popular culture.

Instead of seeking solace in a family member, or reaching out to the guests to explain why the wedding was off, he opted to visit Gumtree.

Its entrance into the public consciousness is often overlooked, but with increasing reliance on technology and decreasing public buying power, the second-hand ecommerce site has never been more relevant.

“We know that there is a relationship between consumer confidence and the buying and selling of second hand,” Gumtree’s marketing director Hannah Wilson told Retail Gazette.

“When, as a nation, growth and consumer confidence has been high, we’ve still seen huge growth in online market places.

“There’s definitely more than the bargain. That is a small factor of usage. I don’t see an entire nation moving to second hand but if they do we’re here.”

In 2016 the UK’s second-hand market rose 5.8 per cent. There are a raft of possible contributing factors, from the “Lidl effect” removing stigma and making bargains trendy, to anxiety over rising prices in stores, to companies like Gumtree making it easier to sell unused items.

This makes for an especially attractive market and has led to a range of copycat platforms popping up in an effort to get a slice of the pie.

“In the context of classifieds, with the exception of eBay, we’ve not really been written about or noticed for a very long time,” Wilson said.

“It’s a hugely attractive market. I think what we’re seeing at the moment is large organisations around the globe identifying that.

“A lot of the people who are launching already have big marketplaces in other countries. We’ve always had smaller UK-based competitors, but what we’re now seeing is large multinationals now looking at the UK.”

There is a reason Gumtree sees 16 million advert replies every month – the equivalent of the population of South Sudan replying to an advert each.

Since its inception in 2008, the business has been a technological frontrunner, and this is something Wilson and her team are determined to continue.

“We were quite early adopters in terms of apps,” she said.

“In 2013 we were winning awards for our Android app. What we find is that the app experience is our most engaged experience. We have something like seven times the number of visits per app than on desktop. It’s a really crucial part of our strategy.”

Just as being one of the first to push into app technology has largely defined their success thus far, the company’s focus is firmly set on the next game-changing technological development. According to Wilson, that is progressive web apps (PWA).

“We’re seeing Apple and Google talking about the death of apps,” she explained.

“It’s a very exciting new way of engaging. It’s a much more responsive experience with all the benefits of apps like push notifications.

“Very much like seven or eight years ago when people started moving into apps, I think the first movers into PWA could have a huge leap on the rest of the market – you’ll be delivering a much quicker and more seamless experience as part of our simple pillar that’s very important for us.”

For companies vying for a taste of Gumtree’s success in the classifieds sector, it takes more than leading technology. When considering a platform that reaches around 33 per cent of the UK’s population, the relationship with its community is vital and this is instrumental in how Gumtree works.

“What we do is identify key business issues often from consumer research and then we build whole development squads around them.

“They’re building an agile response to whatever the customer issue is, that’s a total transformation we’ve seen in the last year.”

Whenever traders are facilitating the transaction of money and goods across a platform, safety is key. The difficulty comes in striking a balance between a seamless user experience, and protecting users from fraud.

At Gumtree, this means digging into the root causes of scamming and fraud, and seeking to prevent the transaction before it becomes an issue for their customer support team.

“We’re really trying to drive the thinking in online marketplaces about health and safety,” Wilson said.

“We’ve done work with academics this year on the psychology of scamming. Yes, we want to keep the platform clean and keep our users safe but we think there’s a really interesting area here about why people get defrauded on the platform, why do people get scammed?

“We’re actively trying to lead the conversation, not just within online classifieds but within ecommerce about how you ensure you keep customers safe.”

“That’s a key difference from traditional retailers. In some ways we’re not curating, it’s our community. It’s the people that use us curating us”

“There’s some really interesting work you can do around artificial intelligence and the way you signpost things on the site.”

One of the key findings of their research is that people who are likely to be defrauded often feel something is not right. They then search for help and information on the internet, but carry on with the transaction despite their instincts. Gumtree is working on ensuring they can identify these telling factors, and prevent the user from going any further.

“We’ve been looking at that since the beginning of this year and I think next year is when you’ll start to see the specifics of that project on the site,” Wilson explained.

Connecting people online is one thing, but moving that interaction into the real world is where Gumtree is unique.

With the goal of being a local classifieds platform for the globe, connecting sellers, job hunters, disgruntled boyfriends and buyers in person is the reason Gumtree is cemented in the public consciousness.

“We’re a digital solution that people experience in the real world, so actually this isn’t just an online community, we’re connecting people online but actually their interaction is with the people around the corner,” Wilson surmised.

“That’s a key difference from traditional retailers. In some ways we’re not curating, it’s our community. It’s the people that use us curating us.”