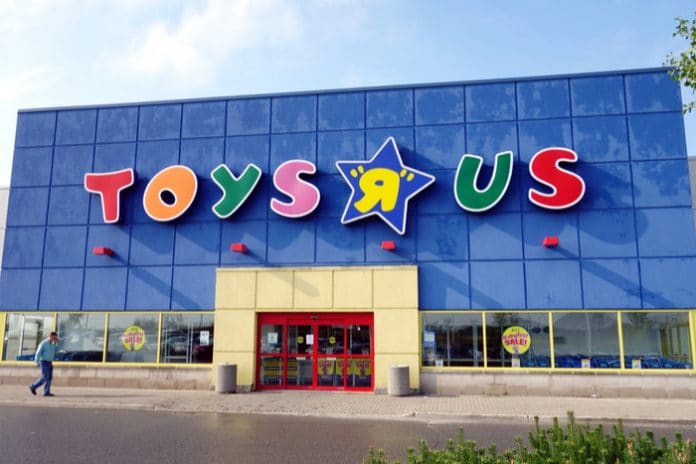 Toys R Us UK has been saved from the brink of collapse after an overwhelming majority of creditors voted in favour of the retailer’s updated restructuring plan, which will save around 2500 jobs.

The pension deficit recovery plan has also been shortened from 15 years to 10 years.

The CVA approval from 98 per cent of creditors during a meeting today means Toys R Us is able to keep its stores trading over the peak Christmas period.

However, the toy retailer will still shut at least 26 of its loss-making stores in the UK, leading to the loss of around 700 jobs out of its 3200-strong workforce.

The retailer said consultations with affected employees will begin in the new year.

The news comes after negotiations between the Pensions Protection Fund (PPF) and Toys R Us took place in the lead-up to today’s CVA vote.

The Pensions Protection Fund (PPF) had indicated on Tuesday that it would vote against the initial CVA proposals out of concern it would further weaken the pension scheme, which effectively plunged the future of Toys R Us UK into uncertainty.

The final vote in today’s meeting required the approval from a 75 per cent majority of creditors, and the the PPF – which represents members of the retailer’s pensions scheme – holds around 20 per cent of the votes eligible, meaning it carried a decisive vote.

However, PPF head of team Malcolm Weir confirmed that “an agreement has now been reached and we will now be voting in favour of the proposals at the CVA meeting today”.

“The PPF will always seek assurances on behalf of the pension schemes and pension scheme members it protects, as well as consider the interests of other UK companies that pay the Pension Protection Fund levy.”

Prior to this, the PPF demanded Toys R Us made a £9 million into its pensions scheme to secure three years’ worth of funding upfront for its defined salary staff pension scheme, which reportedly has a shortfall of between £25 million and £30 million.

It is understood that Toys R Us did not have enough cash to meet the PPF’s demands and could not call on its US parent company for support while it was in bankruptcy protection.

Toys R Us UK managing director Steve Knights said he was pleased with the overwhelming support his business received today.

“The vote in favour of the CVA represents strong support for our business plan and provides us with the platform we need to transform our business so that we can better serve our customers today and long into the future,” he said.

“All of our stores across the UK will remain open for business as normal until spring 2018.

“Customers can continue to shop online and there will be no changes to our returns policies or gift cards across this period.”

Toys R Us UK first put up its CVA plans on December 4 after admitting its trading had suffered, with its warehouse-style stores now “too big and expensive to run” while struggling to keep up with online competitors.

It came after Toys R Us’ US division filed for Chapter 11 bankruptcy in September, having amassed £3.6 billion in debt.