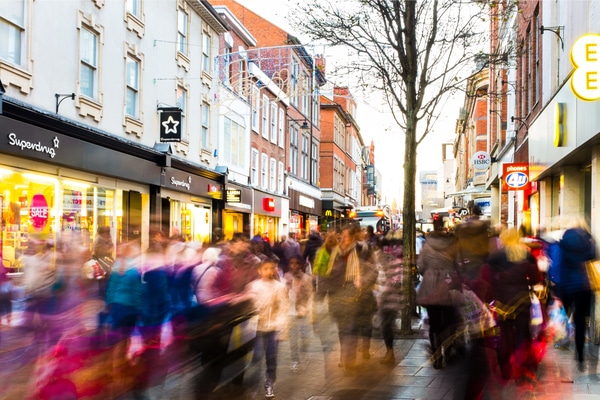 The UK is set to become the world’s third slowest growing retail market in the world next year, as the fallout of Brexit turns sales volumes negative.

According to new data from The Economist Intelligence Unit, the UK is set to become one of just three markets in the world, alongside Egypt and Venezuela, to see negative growth in 2018.

The average retail growth forecast across the globe is 2.5 per cent, while the UK is predicted to see decline of 0.4 per cent.

This contrasts China and Algeria, which are both experiencing a retail boom, predicting growth of 7.3 per cent and 8.1 per cent respectively.

“In the immediate aftermath of the Brexit referendum there was a honeymoon period of bullish consumer confidence which benefitted the British retail and consumer goods sector and took many observers by surprise” The Economist chief retail analyst Jon Copestake said.

“But with the pound in decline prices are rising, interest rates are up and political and economic uncertainty is also growing.”

The report also focuses on the Amazon’s rapid expansion over the last year, citing it as a key trend to watch out for next year suggesting it could make a large acquisition in Europe.