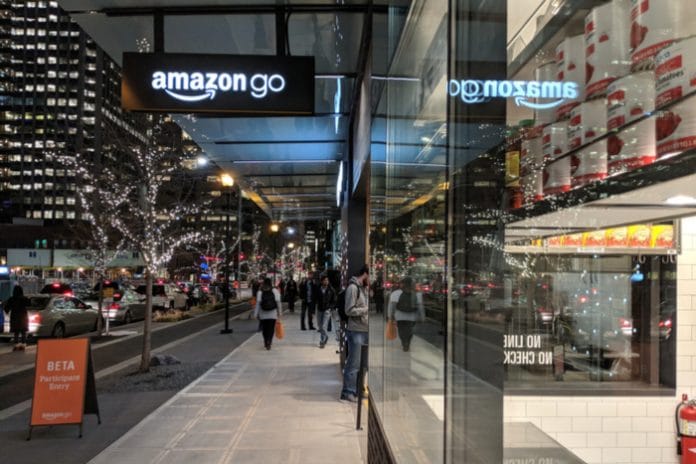 It’s 7am on a brisk Seattle morning, while most of the city is waking up to start their working week, a keen few were lining up to experience Amazon’s futuristic new grocery store, Amazon Go.

The queue speaks to the hype surrounding the store’s launch. Journalists, tech enthusiasts and the those who were simply curious lined up to enter a store which has promoted itself entirely on having “no lines, no checkout”.

As with almost any major launch from Amazon, it has been hailed as the first step in what is widely accepted to be the future of retail. Amazon Go has already been dubbed the “store of the future” by numerous journalists and publications, including the New York Times.

However, this would not be the first time Amazon has touted what turned out to be a complete flop as a game changer. The Fire Phone in 2014 cost the company £170 million. This is just the most known of a long list including Amazon Webstore, Amazon Destinations, WebPay, PayPhrase, Askville, Amazon Auction and a very brief range of premium diapers.

Chief executive Jeff Bezos freely admits to having made “billions of dollars of failures”, though celebrates experimentation as the only true way to move forward. So where does Amazon’s latest project stand on the flop-o-meter? Should we expect to be strolling out of stores with a bag full digitally paid for shopping in the next five years, or will Amazon Go be slung on the pile of interesting but ultimately flawed experiments?

Opinion, it seems, is divided. According to Georg Ritcher, the chief executive of subscription commerce platform OceanX, removing cashiers is a step millennials will be particularly fond of.

“It works – for the right audience,” he told the Retail Gazette.

“Young people tend to browse less in stores and would rather get information themselves (digitally) versus appreciating the help from a sales person. An automated store fits the young/urban profile very much. We see this as being the not so distant future of the retail experience in the U.S. and abroad.”

Cashierless technology could also represent a chance for physical retailers to fight back against their online counterparts, dramatically improving efficiency and cutting increasingly cumbersome staff costs.

Yet the signs are already emerging that the technology may not be ready for wider adoption. For one it took Amazon four years and millions of dollars to develop. They have also patented much of the technology, which Sumo Heavy’s co-founder Bart Mroz points out could slow things down considerably.

“If the technology is proprietary to them, it will take much longer for it to be applied to other stores publicly,” he explained.

“The limited adoption is due to the high costs and complexity of integrating the technology for wider use, so it will still be a while before we see this technology commonplace across the UK, and other regions.”

Aside from technological and legal considerations, Amazon is seemingly blasé about what could be a major flaw in the technology.

When a journalist from CNBC was trying out the new store in the week of its launch, she realised she had not been charged for a pot of yoghurt when she received her digital receipt from Amazon.

Dierdre Bosa quickly took to social media to inform Amazon of the error. In response Amazon Go’s vice president Gianna Puerini said this “happens so rarely that we didn’t even bother building in a feature for customers to tell us it happened”.

This hubris could well prove a problem for the system. In November, VoucherCodesPro released a study suggesting the average Briton steals £23 worth of goods a year from self-service checkouts. Despite Peurini’s strong words, that this happened within the first week of the store’s launch when relatively speaking only a handful of shoppers had used it may not inspire confidence.

Entrusting customers to simply behave themselves could prove fatal, as Mroz explains: “Because Amazon Go system is designed around the honour system and relies on technologies such as sensors and deep learning to figure out what people are grabbing off its store shelves, there could be initial flaws that customers can take advantage of.”

Furthermore, few other retailers adhere to Amazon’s ethos of experimentation or trust. Rob Griffiths, division manager at IT hardware solutions company BMc Equip, thinks it could be a long time before retail adopts this technology.

“Any system that has a perceived or actual weakness can be exploited and customers could claim ignorance or a mistake to exploit these, as we’ve seen in self-checkout,” he said.

“Retail is notoriously cautious when it comes to the critical checkout area so I wouldn’t expect to see cashless stores being widely adopted in the next three to five years, but expect to see partial solutions and some limited forays by some in that timescale.

“Personally, I don’t think any existing retailer would be exposing their clients to this system as it appears to currently stand. Amazon must have addressed a lot of the issues with their staff-only pilot but fundamental risks still seem to remain, notably around items in the wrong place.

“If we look at automated mini bars in hotel rooms these caused a lot of client dissatisfaction due to incorrect billing and Amazon would be well to consider that a poor experience can derail an otherwise promising concept.”

Unsurprisingly, Amazon is not the only company working on cashierless technology. Barclaycard is working on a barcode scanning app called Grab+Go, allowing users to pay for items immediately eliminating the need to queue to pay.

Despite this, Barclaycard’s design and experimentation director Usman Sheikh believes there is likely to be a role for cash and chip-and-pin in retail for the foreseeable future.

“We don’t necessarily think contactless, mobiles, wearables and other innovations will replace cash or chip-and-pin – it’s more about consumer choice,” he told the Retail Gazette.

“In the future we’d like to see consumers have the ability to pay their way when they want, how they want – at every point-of-sale device in the UK.

“Retailers are also likely to develop and implement their own preferred processes for ensuring security, for example by making random ‘spot-checks’ of the items included in a shopping cart, and comparing these with those recorded in the user’s app.”

When the hype dies down and the novelty of Amazon Go subsides, it seems unlikely that the wider retail world will be rushing to adopt this technology. There is a fair distance to go before its improvement in efficiency is reliably proven to outweigh the huge development and installation costs.

Even when the technology inevitably becomes more accessible, the issue of relying on the honour system will require a far more convincing solution than random spot checks in order to be trusted.