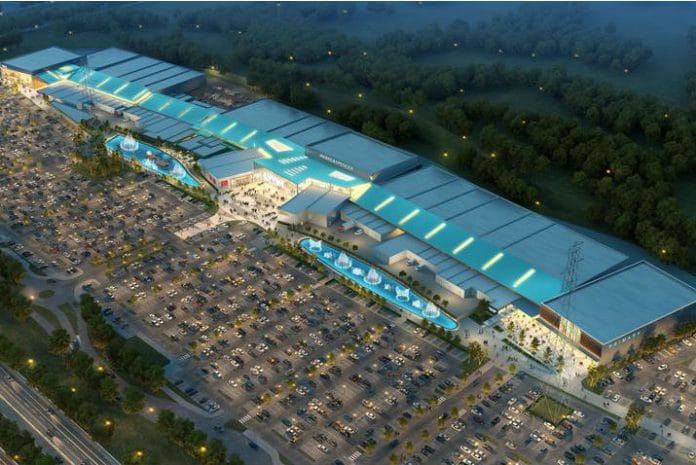 The town of Castleford in West Yorkshire is set to welcome to the development of a huge regional shopping mall called Axiom.

Lateral Property Group, in partnership with investment firm Highgrove Group, announced the plans for the out-of-town retail scheme, located along the M62 and near the existing Junction 32 outlet centre.

Axiom initially achieved planning consent in 2015, when it was known as the Five Towns Park, but it has since been revised in several subsequent applications.

Construction is set begin later this year for an official opening in 2021.

Axiom’s retail floorspace will take up 600,000sq ft and will comprise of around 75 units, with pre-lets already secured with Next, Primark, Marks & Spencer and Boots.

Retail research firm CACI has predicted that Axiom will make the top 40 in its index, while commercial real estate firm CBRE said it is the only major regional shopping centre planning consent to be secured in the UK in almost 20 years.

The development is part 106-acre estate that features a 40-acre country park and am £18 million, 10,000-seat stadium for Castleford Tigers rugby league club.

Once opened, Axiom will be within 40 minutes drive for around 2.2 million Yorkshire residents, especially those in major urban hubs Leeds, Hull, Doncaster and York.

”The scale of Axiom means that we have the space and flexibility to draw from the best retail and leisure innovations from around the world and curate them in one place,” Lateral Property Group co-founder Philip Lunn said.

“Axiom will be a constantly changing retail and leisure community that will be relevant to customers in an omni-experience world.”